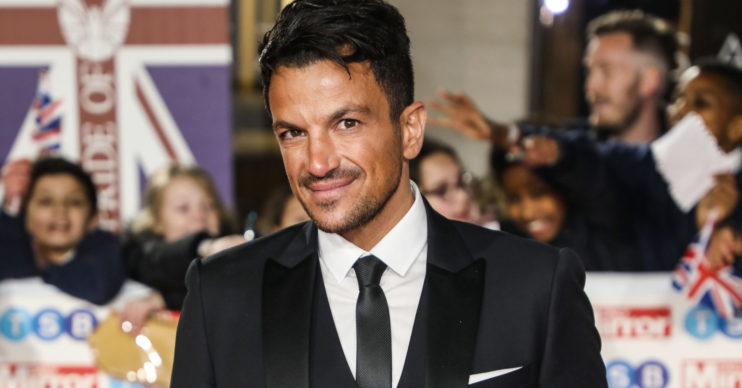 Peter Andre reveals his own family’s shocking experience of racism

The singer says his family have been victims of racism

Peter Andre has opened up about his own experience with racism as he backed Piers Morgan in a heated debate on Good Morning Britain.

The 47-year-old singer revealed that his Greek parents have dealt with racism throughout the years, insisting that a “change is coming”.

Peter’s statement followed on from GMB hosts Piers and Susanna Reid’s heated exchange with the lawyer of one of the police officers who detained murder victim George Floyd.

Earl Gray is representing Thomas Lane, who was present when Derek Chauvin knelt on George’s neck for eight minutes and 46 minutes, resulting in his death.

During the interview, Gray confrontationally shoved his face right into his camera and accused the hosts of being “biased” and “opinionated”.

He also slammed them for bringing race into the debate before expressing his regret at agreeing to the appearance.

What did Peter say?

He said: “@piersmorgan @susannareid100 you are right, right, right. Seeing this man smirk and smile made me so mad. Change is coming though.

You can’t just sit back and say nothing

“Now that people can finally film these atrocities, means that we are finally waking up and seeing what has been happening for years.

“Racism has been rife for hundreds and thousands of years against many cultures and races. What is infuriating though is when people almost disregard what is being protested and come back with ‘All Lives matter’.”

'My client said twice 'shall we roll him over?''

Earl Gray, the attorney for Thomas Lane, one of the police officers arrested over the death of George Floyd, has defended his client by saying he had suggested rolling George Floyd over to Derek Chauvin but he wasn't listened to. pic.twitter.com/fKN6qPcCWq

The dad-of-four continued: “No one ever questioned that. But for all lives to matter means that BLACK LIVES MATTER.

“Oh man.. very sad times. Both my parents are Greek and we had racism thrown at us left right and centre for years.

“When you see or experience racism. When you see it happen to people over and over again. When you see what happened to George Floyd, you can’t just sit back and say nothing. It’s not right, it never has been. #endracism #blacklivesmatter.”

Fans were quick to comment their support, with one writing: “Absolutely shocking couldn’t of put it better myself.”

A second said: “This is awful 😔  definitely time for change.”