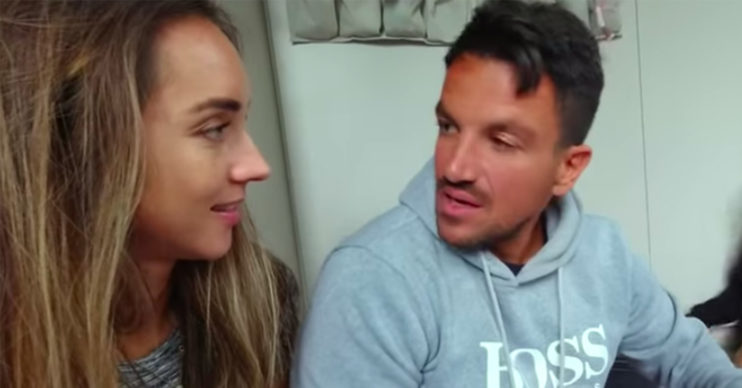 In their latest digital episode of their reality show, Life with the Andres, Peter Andre and wife Emily shared their thoughts on gift giving.

And the couple seriously disagree when it comes to how much they spend on birthday gifts for their kids.

Read more: Piers Morgan hits back at viewer who accuses him of ‘lying’

Emily, 30, told the cameras that she wouldn’t go overboard on buying gifts for their children, Amelia, six, and Theo, three.

She said: “So Pete and I are a little bit different in our approach to birthdays.

“Maybe because my kids are younger, but they are certainly not getting limited edition stuff.”

He explained that Junior (who Peter shares with ex-wife Katie Price) had asked for one of five gifts.

But the Mysterious Girl singer decided to buy him all five for his son’s big day.

“Me and Emily have completely different views on this”

Pete explained why he liked to spoil his children on their birthdays.

He said: “I just want to spoil him a bit, he’s a good boy and he’s got his GCSEs next year.

“Me and Emily have completely different views on this, she’s like, you don’t buy kids expensive stuff you just buy them something thoughtful because otherwise they expect it.

Read more: Cheryl in the running to be a new Strictly Come Dancing judge

“I understand that in a way, and she said: ‘I hope you don’t mind but with Millie and Theo I won’t do that’, and I said well that’s up to you.

“I know he’s not expecting it”

“But if they expect it and demand it they can forget it, but the way Junior approached this made me want to get all of this for him, and I know he’s not expecting it.

“He will be hoping for just one of these.”

Peter then dryly added: “Maybe he’s figured me out and knows how to get what he wants, maybe I’m the mug.”

Fortunately Junior was absolutely thrilled with his gifts.

He also cried at his dad’s birthday card.

After reading out Pete’s sweet birthday message he shed a tear before hugging and kissing his old man.

He went on to profusely thank his father for each of his gifts, and promptly tried on all of his new clothes.

Do you agree with Peter or Emily? Share your thoughts with us on our Facebook page @EntertainmentDailyFix.