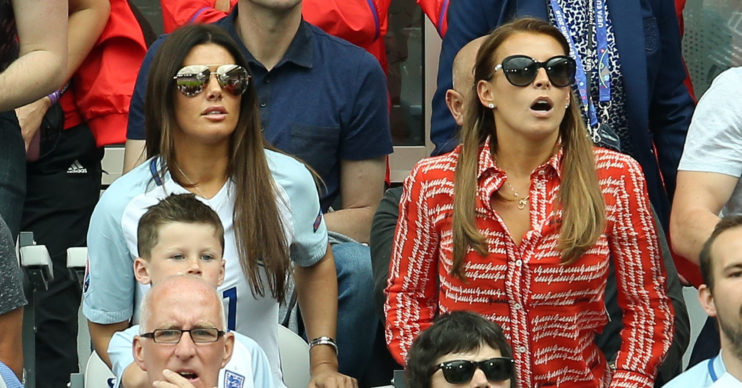 The WAG war rumbles on

Rebekah Vardy is set to face Coleen Rooney in court after filing a £1million lawsuit over their ongoing Wagatha Christie dispute.

The pair have been at loggerheads for months after Coleen, 34, accused the mum-of-five of selling stories about her to the press – something which Rebekah has fiercely denied.

Despite numerous attempts to resolve their issues, it now appears Rebekah, 38, is “determined to clear her name at any cost”.

The wife of Leicester City striker Jamie is said to have filed paperwork, claiming her ex friend Coleen libelled her online when she posted the allegation.

A source told The Sun: “Becky has made it clear to Coleen that she is deadly serious about clearing her name, and wants a full public apology.

“It’s not about money. As far as Becky is concerned, she wants her costs and vindication.

“But since Coleen still refuses to agree to an apology, she’s gone ahead with filing the paperwork at the High Court.

“It’s a very expensive thing to do and the expectation is costs could run towards half a million pounds for each side but she’s completely determined to clear her name at any cost.”

It’s believed the two women and their lawyers tried to settle their dispute in a Zoom meeting in May, but failed to come to an agreement.

A source claimed: “Basically, they are still at loggerheads and nothing has been resolved.

“Unfortunately, it is crystal clear that they are still poles apart, so a civil case in the High Court now seems inevitable.”

Rebekah has also apparently told her team she wants Coleen to say sorry.

An insider told The Sun last month: “Becky is adamant she’s done nothing wrong and while she wants an end to this ongoing legal battle, she also wants to be vindicated.”

It comes after Rebekah broke down in tears on Loose Women in February over the trolling she received after Coleen’s accusations.

What happened between the pair?

It all started in October last year, when Coleen uploaded a screenshot of a note she’d made on her phone.

The stories ranged from Wayne Rooney’s wife Coleen undergoing gender selection to the basement of her new house flooding.

However, Becky was quick to respond and deny the allegations.

She said: “Can’t believe I’m even having to write this. I’m pregnant & on holiday & am at a loss to why she would do this.

“I’m now having to take legal advice as I can’t deal with this stress myself when I’m this pregnant.”

ED! has contacted reps for both Rebekah and Coleen for comment.