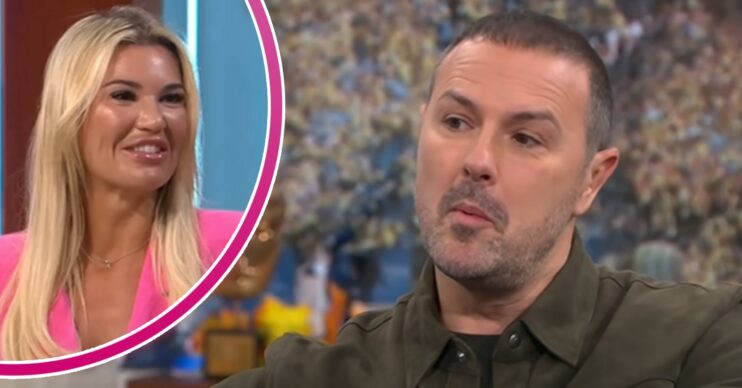 Paddy McGuinness shares news about his and Christine’s children

Paddy McGuinness has revealed his and Christine’s three children are going through a transition period.

The comedian and his wife, Christine McGuiness, have been experiencing marriage woes in recent months.

However, the beloved star put his relationship issues aside to dote on his kids this week.

As a result, Paddy shared a video himself on a shopping trip at Sports Direct.

In the clip, the TV star filmed a worker carrying a tower of shoes meant for his three children, nine-year-old twins Leo and Penelope, and five-year-old Felicity.

Paddy wrote in the caption: “Our 3 kids are going through growth spurts!

“Two at 9 and one coming up for 6! Including their school shoes, PE and everyday footwear we’re up to 12 pairs!!!!

“It’s times like this when my heart goes out to centipedes.”

He added: “Big up to the staff at @sportsdirectuk Macclesfield for helping me out. That was a lot of packing near closing time on a Sunday. PS when you hooking me up @jamie.redknapp.”

Jamie commented: “Pick those up sharpish big man! And get them in the bag.”

She said: “Marriages just go up and down anyway, all marriages – especially long ones like ours, 15 years together.

“It’s not always going to be plain sailing. We’re trying to deal with things as privately as possible and we both just want to be there to support the children and give them an amazing summer.”

Meanwhile, earlier this week it was alleged that Christine discovered Paddy had “kissed a TV star”.

According to reports, Christine found out while she was taking part in ITV series The Games.

ED! contacted reps for Christine and Paddy for comment.