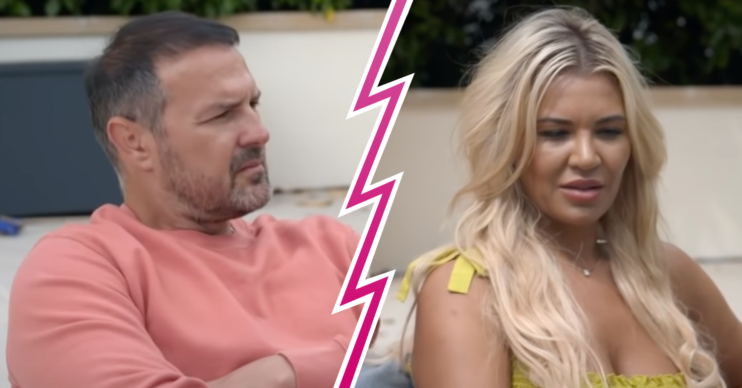 Their 'make-or-break' holiday cold be cancelled, she has said

Christine and Paddy McGuinness may be forced to call off the “make-or-break” holiday they had been planning following reports of his alleged affair.

The model and mum-of-three has been open about the couple’s marriage difficulties of late.

Earlier this week it was alleged that Christine discovered Paddy had “kissed a TV star“.

Christine found out while she was taking part in ITV series The Games, it has been claimed.

The couple were due to head off on holiday together – a trip that’s been billed as “make-or-break” by sources.

Read more: Christine McGuinness supported by fans as she faces ‘another bump in the road’

However, Christine has now said it may be called off as she admitted: “We’re having a nightmare.”

And they’re not sure they’ll get it renewed in time.

We’re having a bit of a nightmare to be honest.

“I’m not sure we are now! We’re having a bit of a nightmare to be honest. We just realised our youngest Felicity’s passport runs out tomorrow, so now we’re a bit unsure we are going at all,” she said of the holiday.

“I am keeping everything crossed. I really want to take them away. We’ve already started preparing the children to go. I’ve already shown them pictures of the villa and swimming pool,” she said.

Christine also admitted she was “desperate” to get away.

And she said she was “so looking forward” to the family holiday with the three children she shares with Paddy.

Alluding to her recent marriage woes, she also said it was just “another nightmare”.

And she said it was the “story of my life” at the moment.

“I am desperate for it, I was so looking forward to a family holiday for the children. Now we’ve got this other nightmare, which seems to be the story of my life at the minute! Something else thrown in,” she said.