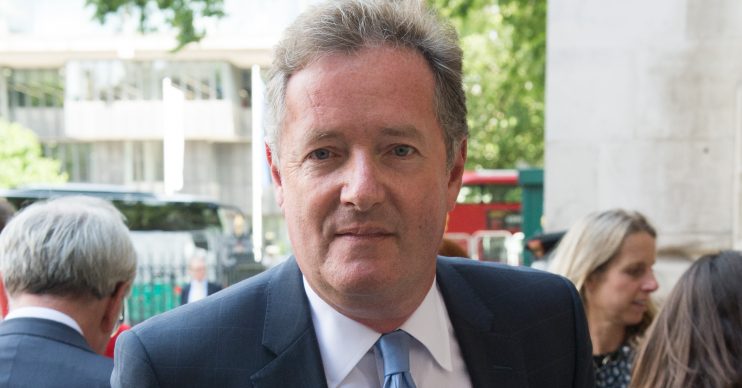 He said he was "100 times funnier" than David Wallliams

After revealing that he wasn’t attending this year’s National Television Awards, it appears Piers Morgan was tuning in at home.

And the outspoken Good Morning Britain host had his followers more than entertained as he pretty much live tweeted throughout the show.

He appeared to take exception to the booking and has declared that he wants The Chase star Bradley Walsh to host the star-studded ceremony next year.

Read more: All the best-dressed stars from the 2020 National TV Awards

Taking to Twitter, Piers stated that Bradley – who attended with his son Barney – was “100 times funnier than the host”.

He also asked why Bradley wasn’t winning any awards, calling him one of the “most entertaining” guys on TV.

Bradley Walsh’s loser reactions tonight have been 100 times funnier than anything the host has done.
Can he do it next year please?
And why is Bradders not winning any awards? He’s one of the most entertaining , hard-working guys on TV.

Piers’ followers appeared to agree with him, with many commenting on the rift between Piers and Britain’s Got Talent judge David.

Bradley Walsh’s loser reactions have been 100 times funnier than anything the host has done. Can he do it next year?

Earlier this week, Piers launched a scathing attack on David, while David is said to have threatened to boycott Simon Cowell’s 60th birthday party if Piers attended.

“Piers and David actually cannot stand each other and it’s hilarious,” said one follower.

Another backed Bradley to host the 2021 NTAs and called Walliams a “tragic waste of organs”.

I couldn’t agree more… He makes ‘The Chase’ what it is. Walliams is a tragic waste of organs.

Bradley is a born natural entertainer..he brings freshness and humour and is a great actor…I am sick of the same people getting awards they really do not deserve!…Bradley will always be a winner in my eyes and I think I speak for many more!…it’s all too predictable😡

Bradley had viewers – and Piers – in hysterics with his loser reactions after being beaten to gongs not once but twice by presenting duo Ant and Dec.

He was caught on camera mouthing “naughty words” and grimacing, while muttering something to his giggling son Barney.

Bradley also appeared to say it was an “absolute joke” when I’m A Celebrity beat The Chase to win the Bruce Forsyth Entertainment Award.

Do you think Bradley should host the NTAs next year? Tell us on our Facebook page @EntertainmentDailyFix.