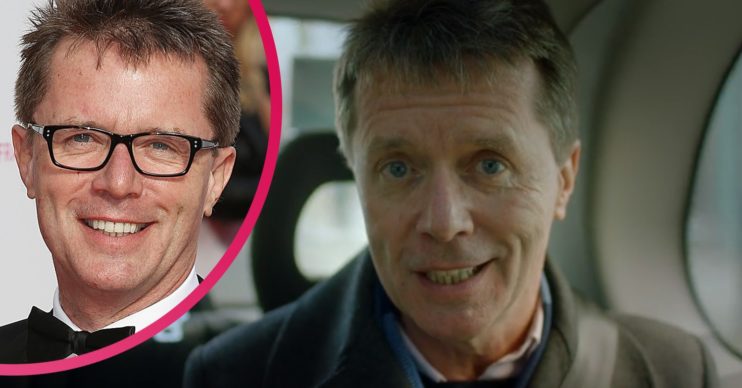 TV’s Nicky Campbell has had to deny dyeing his hair after looking particularly youthful in a new picture on social media.

The presenter, who is hosting ITV documentary Manhunt: The Raoul Moat Story host, posted a photo of himself on Twitter and told fans it was “haircut Sunday”.

“Haircut Sunday and #longlostfamily filming today!” the 59 year old wrote alongside the snap, which showed him standing near a brick wall.

Haircut Sunday and #longlostfamily filming today! A sister looking for her brother. We found him. What a day. Great seeing the team. No hugs. Lucky team 🙂 #lovemyjob pic.twitter.com/6cDYLqU7Jr

What did Nicky Campbell say about his new haircut?

Another picture featured members of the Long Lost Family crew. Nicky said they were back filming the hit documentary series, which he presents alongside former Big Brother host Davina McCall.

He continued, hinting at what to expect in the new series: “A sister looking for her brother. We found him. What a day.

In the replies, one Twitter user joked that Nicky seemed to have applied “plenty of squid ink” to his new ‘do.

Bit of a rinse, Nicky?

“Plenty of squid ink there, fella,” they told him cheekily, and he replied: “Not a drop.”

Someone else observed, “Looking very young, Nicky” before enquiring: “What’s your secret?”

Another asked: “Bit of a rinse, Nicky?”

He denied it again and the user shared a side-by-side shot of another picture of Nicky with his usual grey-tinged hair. They conceded that it “must be the light”.

Nicky himself came to the same conclusion. He tweeted back sincerely: “I have no explanation – it must be the light. I give you my word. My word is my bond.”

I have no explanation – it must be the light. I give you my word. My word is my bond.

Nicky is currently on our screens for a special series of Long Long Family.

The programme is back to revisit some of the most emotional and memorable cases – and find out what those involved have been up to in the months and years since.

The first episode featured Kathleen Fraser Jackson, who this time around set off for Jamaica to meet her sister.

It also included a case that those involved asked to be omitted from the original series due to personal reasons. Shown this month for the first time, it centred on a man’s search for his twin sister.