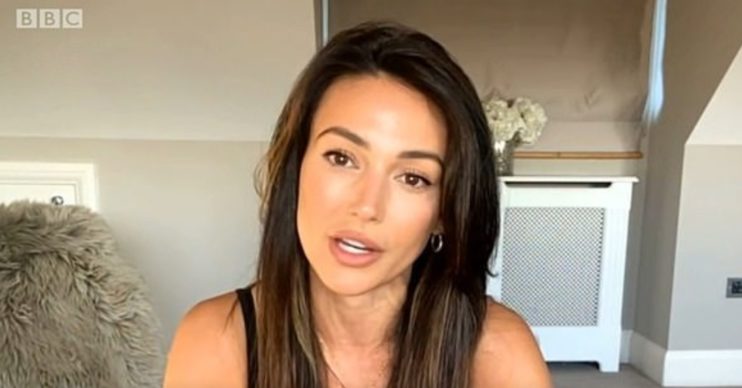 Actress Michelle Keegan has revealed she was reduced to tears by Kate and Rio Ferdinand’s pregnancy reveal.

The happy couple were inundated with comments from their celebrity pals following their announcement on Thursday (June 19).

And it appears the news certainly pulled on the heartstrings of Michelle, 33, who admitted the emotional clip brought her to tears.

Commenting on Kate’s video, the Our Girl actress wrote: “Awwww that made me cry. Huge congratulations to you all, lovely news.”

In the sweet clip, Kate and Rio can be seen breaking the news to his three children Lorenz, 13, Tate, 11, and nine-year-old Tia, from his marriage to late wife Rebecca.

Michelle and husband Mark Wright – who tied the knot in 2015 – are yet to start a family of their own.

The former soap star previously hit out at ongoing speculation, insisting that the decision was no one’s business but their own.

She said: “You don’t know the background of what’s happening. It’s no one else’s business.

“In this day and age, you shouldn’t ask questions like that.”

Pregnancy rumours certainly aren’t the only thing Michelle has been forced to address in recent months.

For example, the star recently shut down talk that she was set to take over from Holly Willoughby as a team captain on ITV’s Celebrity Juice.

She said on The One Show: “I can officially say that’s not true. Don’t get me wrong, I’m a massive fan of the show. I love the show, I find it hilarious.

However, Michelle has hinted that she may return to Our Girl again one day.

Speaking to Digital Spy, the BBC star shared: “I can’t say what’s going to happen in the future but now, because it’s been on screen and Georgie hasn’t been killed, I can now say the door has been left open for Georgie to return.

Fans were certainly left disappointed by her exit, with some accusing the show of ignoring it completely.

However, some thought it was the perfect ending for the character.