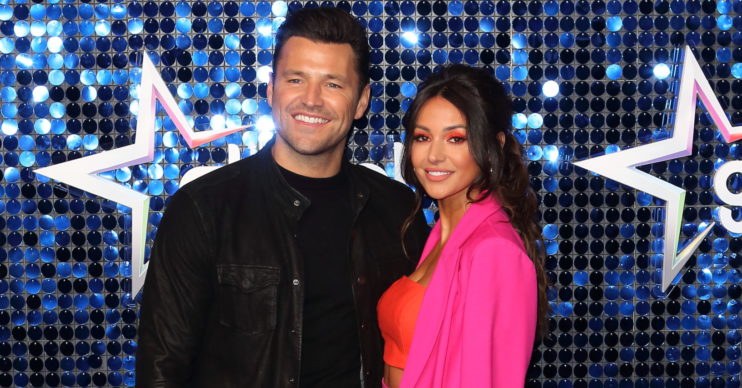 It wouldn't be a wedding without some sort of disaster

Mark Wright has opened up on the wedding day disaster which happened just hours before tying the knot with wife Michelle Keegan.

The 33-year-old reality star wed Michelle in a lavish ceremony in Suffolk in 2015 – and it wasn’t without its drama.

Mark revealed things didn’t go down as planned after his father-in-law was left without a suit moments before the ceremony kicked off.

What happened on the day?

Detailing the disastrous moment on his Heart Radio show, Mark explained: “My father-in-law right, it’s very hard to paint this picture, I love him very much, Mike if you’re listening – he’s normally keeping tabs on me, so he’s probably listening right now – I love ya!

“On the wedding day right, he’s panicking about his speech, obviously I’m not in his greatest books, although he loves me, he also loves his daughter a lot more, and it was a hard question when I asked him for hand in marriage for his daughter.”

He went on: “All I wanted was things to go smoothly for him, even his table plan, we moved that on the day, he went into the marquee and was like ‘why am I sat there, I want to be sat there.’

“We’re all there in the man cave, to make matters worse Michelle’s stepfather’s there as well, we’re getting on our suits, looking slick as you come.

“Black tie, tuxedo and I look around and my father in-law Mike is sat there in just a shirt, bow tie and rainbow coloured boxers. They were horrendous by the way, Mike, if you’ve got them, please throw them away right now!

“Anyway, the story goes like this, the only suit to not arrive, was his… One hour before he’s walking his precious daughter down the aisle and he’s stood there in boxer shorts, a shirt and a bow-tie.”

They both uploaded wedding photos to their Instagram accounts, while paying tribute to each other with sweet messages.

Shortly after, Mark responded to his wife’s post with a tribute of his own.

Alongside a picture of the couple smiling at their wedding, he wrote: “Happy five years @michkeegan.

When he’s not gushing over his lovely wife, Mark can be found working up a sweat at home.

The radio presenter has been keeping fans fit with a series of intense lockdown workouts.

And he has since revealed he’s taken his passion one step further by launching his own fitness channel.

Taking to Instagram to announce the news this week, Mark shared his impressive body transformation with the help of the plan.

Train Wright has been put together by Mark and his younger brother Josh, who is a professional footballer.