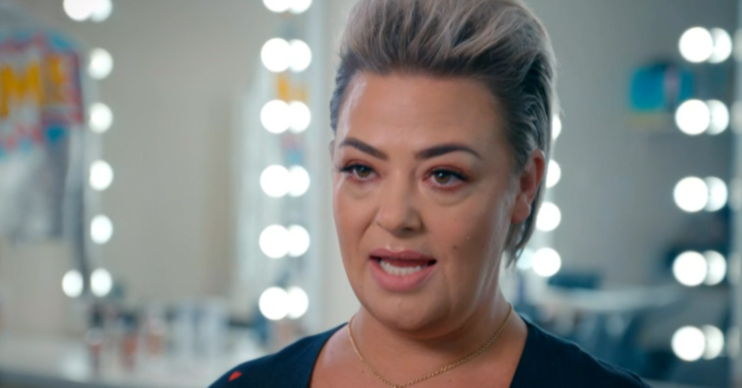 Lisa Armstrong made her debut on Glow Up – and it is fair to say she did not disappoint.

She joined the BBC Three show as a special guest.

And now fans are calling for her to return as they could not get enough of her tough talking approach.

Lisa was making a guest appearance as the make-up artist who has led the Strictly Come Dancing make-up team for 12 seasons.

In a Strictly-themed version of the show, the wannabe make-up artists had to create looks for the dancers.

The winner got to join Lisa on one of the live shows.

They also got to see one of their looks used as a theme for that live show.

But Lisa was in tough-talking mode when she delivered some home truths to the contestants.

Firstly, she told Ophelia not to make her Pokemon-themed look too dark.

“We are Strictly Come Dancing, so we are a family entertainment show, so we need to make it pleasing on the eye.”

Then Lisa called Ophelia out for having a “negative” attitude.

After praising her for her Pikachu makeup, Lisa noted that she had complained about her theme.

Stacey Dooley added: “If you’re sat in the chair and you’re panicking about your dance, or you’ve got a lot going on upstairs in your mind, the make-up artist going ‘I’m not really feeling this…’ you think ‘Oh, God.'”

“It’s just the negativity straight away. That literally would tip me over the edge,” Lisa replied.

And she made her feelings clear when it came to judging, telling Ophelia: “My one bit of advice to you would be you have to stay in a positive manner.”

Ophelia admitted she was sometimes opinionated.

Judges Val Garland and Dominic Skinner, along with Lisa, chose Eve as their winner this week.

Lisa seems to be putting the pain of her divorce from Ant McPartlin behind her.

Their divorce was officially finalised earlier this year.

She asked fans on Twitter what they thought of the show.

And the response was enthusiastic.

“Loved it …you were great and very motivating,” one wrote.

“I think you’re not on telly enough!” another said.

The desire to see more of Lisa was clear.

“You were fab on the show lovely, think they need to add an extra judge next season!” yet another fan wrote.

TV bosses, you have been told.

Would you tune in if Lisa was a regular judge on Glow Up? Go to our Facebook page @EntertainmentDailyfix and leave a comment to let us know.