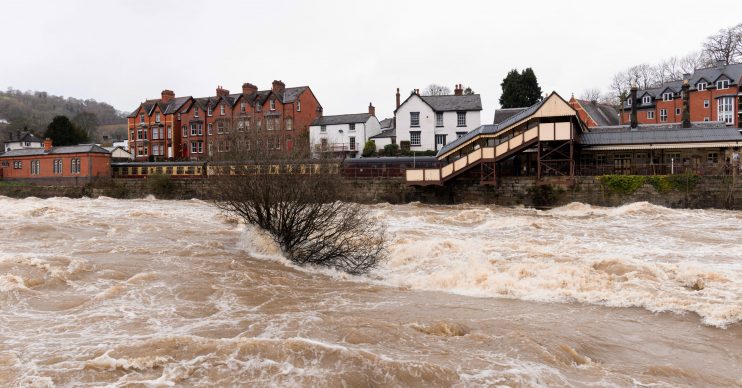 UK weather: Met Office issues new warnings as parts of Britain brace for three weeks worth of rain in 24 hours

Power could be affected in areas

Parts of the UK could be drenched with three weeks’ worth of rain in 24 hours as the Met Office issues warnings of downpours in Wales and northern England.

On the weather service’s website this morning (March 9 2020), yellow weather warnings were in place for large areas in Greater Manchester, Cumbria and Yorkshire – including towns and cities like Wakefield, Huddersfield, Leeds and Bradford.

Similarly, a yellow warning for rain and potential flooding has been issued for most of Wales.

They are in force from 3pm and 6pm respectively today (March 9 2020) until lunchtime on Tuesday.

On Monday morning, the Met Office updated its map to include a more serious amber warning for a large portion of central Wales, where fast flowing or deep floodwater is likely and will cause a “danger to life”.

Speaking to ED!, a Met Office spokesperson said: “If you’re within the amber warning area, you’re likely to see around 50 to 70mm of rainfall but isolated spots could see 100mm over higher ground.

“The rain we’re expecting is falling on already-wet ground. Expect to see it persistent and heavy at times as we go through to this evening and tomorrow morning.

“So there’s a chance that this rain could have some impacts on the communities on the areas where the warnings are.

The rain we’re expecting is falling on already-wet ground.

“There could be surface water flooding and spray issues if you’re driving on the roads. You might see that some public transport [is] delayed or cancelled.

“There continues to be a risk that power and other services may be impacted.”

It means affected areas of Wales could receive three weeks of rain in a little over 24 hours, with the average March rainfall in Wales being 117mm.

As of Monday morning, the Environment Agency had multiple flood warnings in place.

At 11am, there were red warnings – meaning flooding is expected and immediate action should be taken – at places including the River Aire at Snaith Ings in the East Riding of Yorkshire, the Wye Estuary at Brockweir in Gloucestershire and the Lower Avon at Ringwood, Hampshire.

Read more: Phillip Schofield’s new How To Spend It Well On Holiday show shelved due to coronavirus fears

A forecast for this evening and the coming days on the Met Office website read: “[Tonight will see] windy with further rain or drizzle affecting many parts, heavy on western hills. Temperatures will be mild, especially in the south.

“Tuesday: Rain and drizzle clearing southwards across England and Wales, where it will be very mild. Brighter and somewhat colder in the north with scattered showers. Windy.

“Outlook for Wednesday to Friday: Colder with showers or longer spells of rain, falling as snow on hills, especially in the north. Windy with gales at times.”