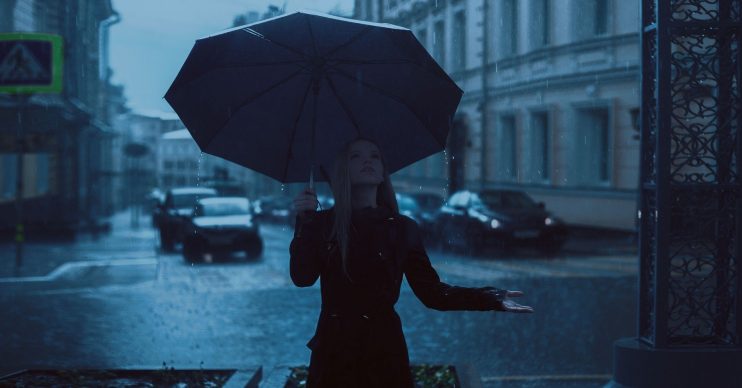 UK weather: More misery as conditions remain wet and chilly into the weekend

Brits look set to face more weather-based misery as conditions across the UK remain cold, wet and windy over the coming days.

According to the Met Office, rain is likely on Thursday (March 5 2020) in the far south of England with brisk winds sweeping in from the northeast making the day feel especially cold.

The rain will clear somewhat in the east though, with some late brightness, while further north will be hit with showers.

Read more: Quirky Iceland entry for Eurovision 2020 odds on favourite to win as it sends Twitter into meltdown

On Thursday morning, temperatures across the UK will range from 1C and 3C in northern areas, while in the south it will be somewhat warmer with temperatures of between 4C and 7C.

Of conditions on Friday and Saturday, the Met Office explained on its website: “An early frost Friday, then sunny spells, with any showers confined to the west.

“Becoming windy over the weekend with rain, heaviest in the west, followed by blustery showers.”

Lunchtime Saturday will see large swathes of the UK drenched, with light rain forecast for parts of Cumbria, southern Scotland and Northern Ireland and heavier showers expected in much of northwestern Scotland, including Fort William and Stornoway.

I’d urge the public to be aware of their flood risk.

It follows reports of record-breaking rainfall in recent weeks.

According to Met Office data, last month was the wettest February on record for England, Wales and Northern Ireland, and the second wettest for Scotland, behind only February 1990.

John Curtin, the Environment Agency’s Executive Director for Flood Risk Management, said: “Record February rainfall and river levels have tested the nation’s flood defences; however we have been able to protect over 80,000 homes thanks to the action we have taken.

“Every flooded home is a personal tragedy, and with a changing climate we will need to become more resilient to flooding. I’d urge the public to be aware of their flood risk, sign up to flood warnings, and make a flood plan if they are at risk.”

As of Wednesday evening, the Environment Agency had 32 flood warnings in place, including for the River Aire at Gowdall and the River Ouse at Naburn Lock, along with 91 flood alerts.