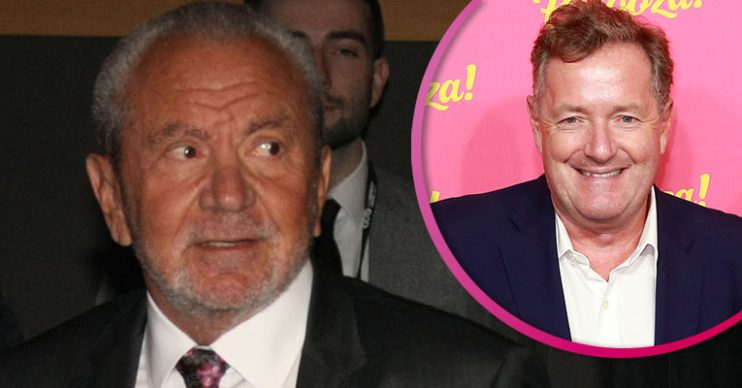 Lord Alan Sugar mocks Piers Morgan return to GMB: ‘He must be on drugs’

The Apprentice host, 73, mocked Piers Morgan, 55 on his return to Good Morning Britain.

Read more: Piers Morgan fears he will be kicked off GMB

Taking to Twitter, he slammed Piers’ comeback and even suggested the former newspaper journalist was “on drugs”.

He tweeted: “I have just watched the start of @gmb.

“Morgan did not stop ranting for 10 minutes and did not come up for air. He must be on drugs he is so hyper.

Indeed Piers did make an impassioned speech against Dominic Cummings on GMB.

And his co-host Susanna Reid barely had a chance to get a word in edgeways.

One user tweeted: “Was disgusting quite frankly. Piers has lost the plot and thinks the whole show is about him.”

A second user wrote: “Nobody that I know is even bothering to watch purely for that reason. He just doesn’t have anything positive to say or let anyone speak.”

And a third tweeted: “He is behaving like a nasty piece of work and it annoys him that he isn’t terrifying the public anymore.”

However, some users took Piers’ side.

Read more: The Queen publicly returns for the first time since lockdown

One even called Alan out for currently residing in Florida, USA.

The user argued: “I have always respected you but no longer.

I have just watched the start of @gmb. Morgan did not stop ranting for 10 minutes and did not come up for air. He must be on drugs he is so hyper. @susannareid100 just Hmming every 2 mins

“You are in Florida on your estate … you have little real idea of the mood and anger in the UK and #PiersMorgan has captured it for all of us.”

Another user chimed in with: @Lord_Sugar What will you be remembered for when this is all over? A Twitter dispute with @piersmorgan

“… Rightly or wrongly at least Piers is trying to make a difference. Like most things in the UK at the moment you’re either applauding him or trashing him.”

“He broke the rules we know it, everyone knows it… they’re not gonna shut me down, he broke every rule there is to break.”