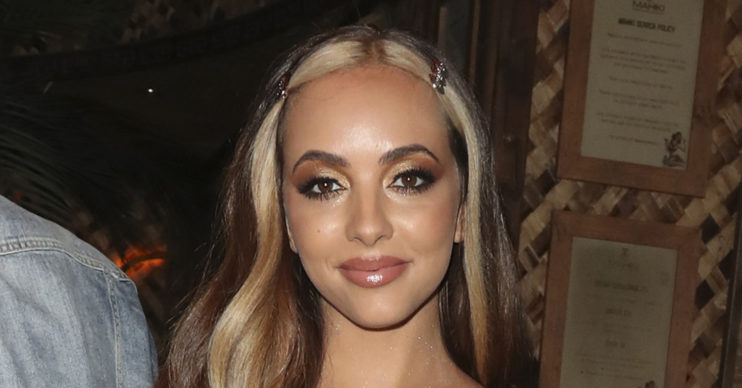 Pop star Jade Thirwall has fessed up to a rather embarrassing incident. The Little Mix star, 27, says she suffered an unpleasant accident during a live stage performance.

The singer shared her unfortunate story with drag queen Courtney Act during a special lockdown interview for MTV.

Published on MTV, the pair chat via video links and answer one another’s burning questions, before eating dinner.

The series, called Served, has Jade cook off against a famous drag queen – and her mum Norma serves as the judge.

Despite the theme being Glamorama, Courtney and Jade’s chat quickly took a toilet humour turn.

“My worst ever stage experience…”

As they were joined via video chat by Spice Girl Mel C, talk turned to embarrassing on-stage moments.

Jade confessed to having a dodgy tummy while on stage and wearing fishnet tights – with disastrous results.

She said: “My worst ever stage experience, for me, was on Little Mix’s Glory Days tour. I was a bit unwell at the time, I had, like, a poorly belly.

“And basically, before the show starts, we were in, you know the man-lifts? Where it rises up, and it’s like a big dramatic entrance?

“As I was [sitting] in the man-lift, I looked at my security guard, and I was like. ‘I really need to do a little fart’.

Courtney quipped: ‘That’s why it pays to be tucked, Jade. If you’d been tucked, your bum h*le would have been taped over.”

Adding to the horror Jade continued: “I was in a fishnet. Picture that. I probably shouldn’t have mentioned that publicly, to be honest. But there you have it.”

After her video chat with the Spice Girl ended she confessed that she couldn’t believe she told Mel such an intimate story.

Jade told the cameras: “I’ve just told a Spice Girl I sh** myself.”

Once their meals were ready, the pair slipped into glamorous gowns for their lockdown dinners.

Mum Norma wasn’t that impressed with her daughter’s attempt at a toad in the hole.

She asked: “Why doesn’t it have gravy on?”

Jade said: “I didn’t have time to do the gravy. I was panicking.”

Norma was equally unimpressed that the Yorkshire pud was from a frozen bag.

But she was more amused with Courtney’s efforts – despite the meatballs being vegan.

She explained: “Even though I don’t eat vegetables at all, it actually looks quite enticing.”

Unsurprisingly, Courtney was the winner of the cook-off challenge.

What do you think of Jade’s story? Share your thoughts with us on our Facebook page @EntertainmentDailyFix.