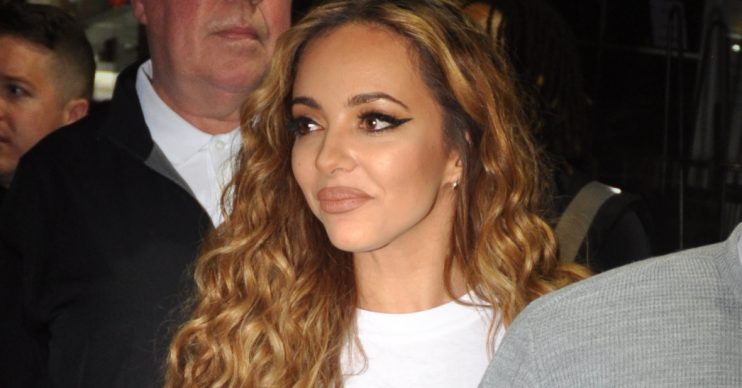 The pop star shared a snap of herself on Christmas Day and joked that she was waiting for it to end so she could enjoy her Boxing Day birthday.

The picture showed her standing in a swimming pool, apparently naked, with a Santa hat superimposed on her head and her eyes rolling in apparent boredom.

me waiting for christmas to end so my birthday can begin

Read more: Piers Morgan poses for a festive photo with all four of his kids

She wrote in the caption: “Me waiting for Christmas to end so my birthday can begin.”

It was posted innocently enough but it seems one of Jade’s followers had other ideas.

Despite pretending to be a bit of a Grinch, Jade celebrated Christmas this year by posting a string of festive snaps from her childhood.

In one she sat on her dad’s lap while he wore a Santa costume, which she captioned: “Merry Christmas from me and Santa (me Dad).”

In another pic, a young Jade looked super cute as she smiled for the camera while opening her presents.

She joked in the caption: “When you’ve finished opening your presents and haven’t got what you asked for then your mam gives you one last one and says, ‘Thought I’d forgot, didn’t ya [sic].”

Jade shot to fame on the 2011 series of The X Factor as a member of Little Mix, which also includes Jesy Nelson, 28, Perrie Edwards, 26, and Leigh-Ann Pinnock, 28.

Jade normally keeps her Instagram light by posting modelling snaps and updating fans on Little Mix’s latest goings-on – although she doesn’t shirk from speaking openly about issues she feels are important.

Earlier this year, the star spoke candidly about the band’s early struggles with mental health after being thrust into the limelight. She’s also previously talked about her battle with anorexia.