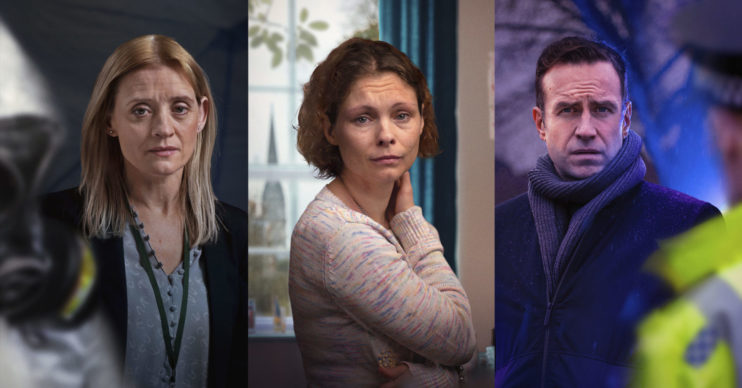 How many people died in the Salisbury Poisonings attack and what is Novichok?

The suspenseful three-part series begins on BBC One this weekend

The Salisbury Poisonings – a three-part true crime drama – is now streaming on Netflix, following a critically acclaimed run on BBC One in 2020.

But what really happened in the shocking real-life events and who died in the Salisbury poisonings attack?

Here’s everything you need to know about The Salisbury Poisonings‘ real background.

Who died in the Salisbury Poisonings attack?

On March 4, 2018, former Russian spy Sergei Skripal and his daughter Yulia were poisoned.

The pair had came into contact with Novichok, one of the deadliest chemical weapons ever made.

The father and daughter were rushed to Salisbury District Hospital where medics fought to keep them both alive.

Yulia left on April 9, while her father remained in hospital until May 18.

Sadly, another victim, Dawn Sturgess, died eight days after she came into contact with the nerve agent.

The 44-year-old was found unconscious at her home in nearby Amesbury, alongside her boyfriend Charlie Rowley.

While Charlie survived, the couple had both handled a discarded container used to transport the poison.

Novichok nerve agent is reportedly one of the most powerful chemicals ever.

It works by disrupting communication between nerves and muscles or nerves in the brain.

Eventually, it causes the muscles to paralyse.

It took hours for police to identify the agent as Novichok at the time of the Salisbury poisonings.

Where is Sergei Skripal now?

According to senior government sources, Sergei and Yulia have moved to New Zealand.

The pair have received new identities.

The father and daughter seemingly still receive protection from authorities.

The move comes two years after the father and daughter were first put under house arrest and guarded by British Intelligence.

BBC One is famed for its excellent dramas, especially the crime genre, and it’s delivering several promising series in 2022.

Already available to watch on BBC iPlayer are The Tourist, with Jamie Dornan, Four Lives with Stephen Merchant and Rules of the Game with Maxine Peake.

Leave us a comment on our Facebook page @EntertainmentDailyFix and let us know what you think of the tribute to those who died in the Salisbury poisonings.

** This article was updated on January 16 2022, to include the Netflix streaming details.