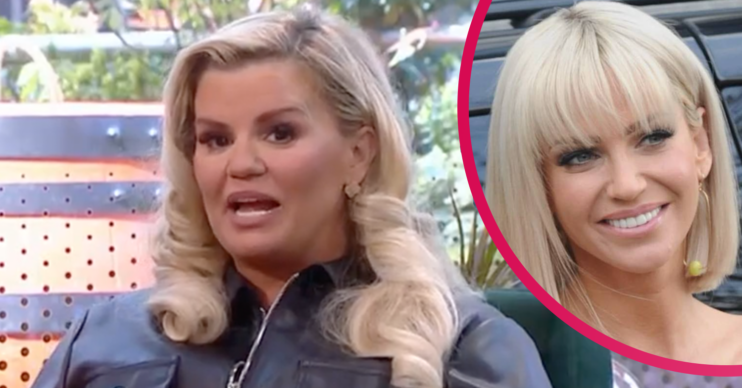 Life is too short, the Atomic Kitten star said

And Kerry, 41, has now revealed that she thinks life is too short after not speaking to her former Atomic Kitten bandmates for years.

Kerry Katona’s admission about her bandmates

Mum-of-five Kerry’s comments came after Cheryl announced that she and the rest of Girls Aloud are doing Race For Life in Hyde Park in Sarah’s memory.

It does make me wonder what would happen if, God forbid, anything happened to one of us.

Writing in her column in New!, Kerry said: “I was friends with Sarah and I think it’s nice the girls are coming together and it’s for such a brilliant cause.”

It was then that she spoke about her former bandmates – Natasha Hamilton and Liz McClarnon.

“I’m not as close to the Atomic Kitten girls as I once was, and it does make me wonder what would happen if, God forbid, anything happened to one of us.

“We’ve not spoken for years. I think life is too short and it’s a shame.”

The move to Spain

Earlier this year, Kerry announced that she and her family will be moving to Spain.

She and fiancé Ryan Mahoney, 33, are planning to emigrate next year. Kerry recently revealed the main reason behind the move.

Speaking on Steph’s Packed Lunch last month, Kerry said there are a few reasons she wants to leave the country.

There’s also her health to take into consideration too, she said.

She said: “It’s sunny abroad, and I have bipolar, so the seasonal weather disorder really affects me massively.”

Kerry added: “And I would like for the kids to be bi-lingual.”

But one event had a lasting effect on Kerry. She admitted recently that being robbed and held hostage back in 2007 has had a huge impact on her mental health.

She told Steph: “The move isn’t going to be until next year, but I think after the cars got stolen and living in Cheshire, I’m on edge all the time.

“I’ve got PTSD – because I got robbed and held hostage in my house and then my cars got stolen 11 years later – it has just really affected me.”