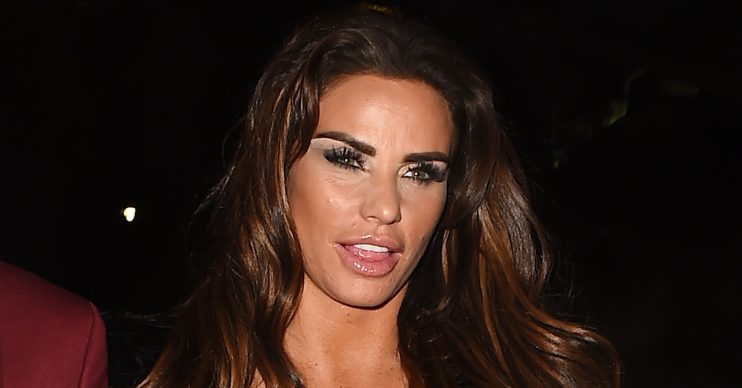 Model Katie Price has reportedly embarked on a New Year health kick and is giving dry January a try.

Sources revealed that, after a summer of partying, Katie felt “repulsed” by her holiday photos and has decided to take action.

It’s thought that she is planning on dropping another dress size.

Previously, Katie reportedly lost a stone in just two weeks after being made bankrupt.

According to The Sun, her 2020 health kick is driven by her desire to turn her life around this year.

A source said: “Katie knows she let herself go a bit over the last year – especially over the summer when she was drinking and partying way too much. For Katie this is the perfect time to detox and get herself back to her best.”

Mum-of-five Katie has recently been enjoying an idyllic sun-soaked trip to Thailand with eldest son Harvey.

The source added that the star had a “quiet and sensible” Christmas and carried that on over New Year in Thailand.

Read more: Piers Morgan won’t attend the NTAs as he thinks Phil and Holly will win

“Now she wants to keep it going through January by not drinking and eating really healthily – which is something she tends to do anyway,” they said.

Katie isn’t doing this for anyone else. She just wants to feel better in herself.

The source added: “Katie isn’t doing this for anyone else. She just wants to feel better in herself. She is only a week in but has already been saying how much more energy she has.”

Reflecting and celebrating in style in this beautiful bathroom having some well needed Me time Just want to thank all my loyal fans and supporters who have stood by me throughout a difficult year! I appreciate you all and I am looking forward to a very exciting fresh beginning to 2020 💕💕

Katie – who was declared bankrupt last year – is also said to be “determined” to prove friends who don’t think she can last a month without booze wrong.