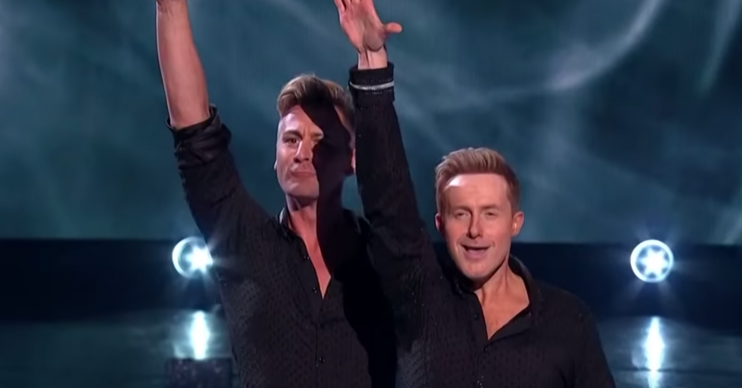 Hailed as a 'historic' TV moment by supporters

Steps singer Ian ‘H’ Watkins and pro partner Matt Evers performed to High Hopes by Panic! At The Disco during Sunday’s first episode of the 2020 series, picking up 25 points from the judges.

It was the first time a same-sex couple had been paired together on the show, following a brief glimpse of their ice partnership just before Christmas in the festive special.

New judge John Barrowman was moved to tears by the display on the rink, telling H and Matt: “We’ve shown that two men can perform and skate together so now do the tricks.

A few days earlier, John urged TV bosses during an appearance on Loose Women to boost representation of LGBTQ+ couples in all reality shows.

The selection and pairing of contestants is an editorial matter for ITV.

He said in a heartfelt plea: “I will say this to all reality shows out there… Being a gay man myself and part of the LGBTQ+ community, [there’s] finally someone on television who represents who I am, looks like myself and my husband when we would skate together or dance together.”

However, despite the hugely positive response to the routine on social media from viewers, it seems not everybody watching at home was happy.

The TV watchdog told the Metro website that their regulations do not discriminate between couples of any type.

“The selection and pairing of contestants is an editorial matter for ITV,” Ofcom are quoted as telling the outlet.

“Our rules do not discriminate between opposite-sex and same-sex couples.”

Ofcom confirmed to ED! that 16 complaints had been received and repeated the statement given to the Metro website.

It comes after viewers were thrilled by the same-sex performance, with many praising Matt and H.

2020 and ITV are making history by normalising same-sex skating partners 💕 Actual goosebumps ❤️ *This* is what we want on our screens – positivity! #DancingOnIce

One of my fav shows is #DancingOnIce & they’ve just made history with the first same-sex couple skate & I felt the emotion in the studio to the point where I joined in the with the tears I saw on the screen… Well done H and Matt! You did beautiful! ❤