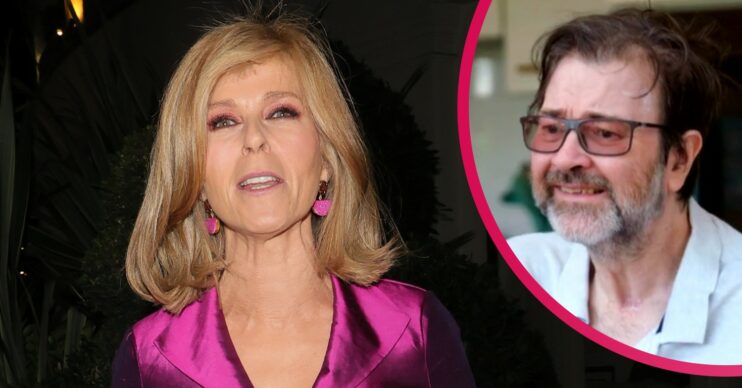 Kate was quick to shut down the rumours

Kate Garraway has hit back after being challenged over husband Derek Draper‘s NHS treatment on Twitter today (Thursday, April 7).

The 54-year-old was accused of ‘advocating for the privatisation’ of the NHS, something she was quick to deny.

During yesterday’s edition of Good Morning Britain, Kate and her co-host, Richard Madeley, along with guests, discussed the NHS.

They were debating the Lib Dem’s plan to help the NHS recover following the pandemic.

However, one viewer seemed to think that Richard and Kate were ‘advocating for the privatisation’ of the NHS during the debate.

“Both Kate Garraway & Richard Madeley on @GMB advocating privatisation of the #NHS!!!” they tweeted.

Another user replied to the tweet, tagging Kate. “@kategarraway did you really just support privatisation of the NHS? If you did I hope you paid for your husband’s covid treatment yourselves.”

Another tweet accusing Kate of supporting the privitisation of the NHS also caught the star’s attention.

Quote tweeting it, Kate wrote: “Ok – before this gets a life of its own from whoever originally misheard. I didn’t, at any point say the NHS should be privatised or anything even like it?!! Ever.”

Kate’s followers were quick to show their support for the star after she hit back at the rumours.

“God bless you Kate! Can’t believe the barbed question you were asked. I’d bet you are a staunch supporter of our NHS,” one of her 497.4k followers said.

“Ignore them, I can’t believe the stick you are getting, sticks and stones…I think you are bloody amazing,” another said.

“Rise above it Kate,” a third wrote.

“Ignore these pathetic people Kate. You’re doing absolutely amazing with having to deal with everything. Loved seeing you on GMB this week and your still smiling through all the pain you’re going through,” another commented.

Kate provided another update on Derek this week – and spoke about how their relationship has changed.

Speaking during her BBC show, Your Body Uncovered with Kate Garraway, the 54-year-old made a heartbreaking confession.

During last night’s show, Kate met a guest called Paul, who had suffered from a stroke three years ago.

Read more: Who is in the cast of The Split on BBC One?

Speaking to his wife, Lynne, Kate revealed that she could sympathise with the situation they’re in.

“I have a little bit of experience with this with my husband being sick,” Kate said.

“When something is neurological it’s not just caring for a physical problem, it affects the relationship as well.”

“There’s a loss for them in the fact that they’re changed in some way. But there’s a loss that you have to adjust to as well, as a partner,” she added.