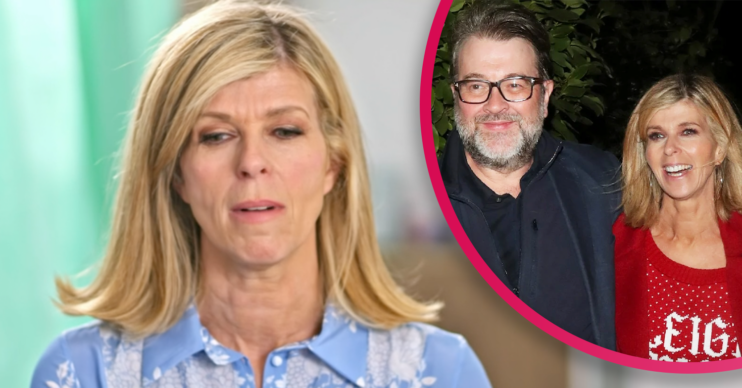 She feels a huge sense of 'loss'

Kate Garraway has opened up about the huge “loss” she feels amid husband Derek Draper‘s health battle.

Derek is still seriously ill after testing positive for COVID-19 at the very start of the pandemic March 2020.

As a result, Kate now helps to care for Derek, who spent a year in hospital fighting for his life.

Now, speaking on her BBC show Your Body Uncovered, Kate has made some heartbreaking new comments on how Derek’s ill health has affected their relationship.

He suffered a stroke three years ago and, speaking to his wife Lynne, Kate revealed that she can sympathise with the situation they find themselves in.

As a result, she opened up about the huge “loss” and strain that’s been put on her relationship amid Derek’s health battle.

“I have a little bit of experience with this with my husband being sick,” Kate said.

“When something is neurological it’s not just caring for a physical problem, it affects the relationship as well.”

Lynne then opened up about the impact on her relationship.

There’s a loss that you have to adjust to as well, as a partner.

“And you don’t know how it is going the affect the non-affected person, as it was, because you’re still the same and they might not know how different they might be,” she said.

Kate agreed and added: “Yeah. There’s a loss, I think.

“There’s a loss for them in the fact that they’re changed in some way, but there’s a loss that you have to adjust to as well, as a partner.”

How is Derek doing now?

Derek is still pretty poorly and fighting to get back to health.

He is now home with Good Morning Britain host Kate and kids William and Darcey.

However, he still has a long way to go and may never walk again.

This is because the tendons and muscles in his legs have seized up from having been in an induced coma for so long.