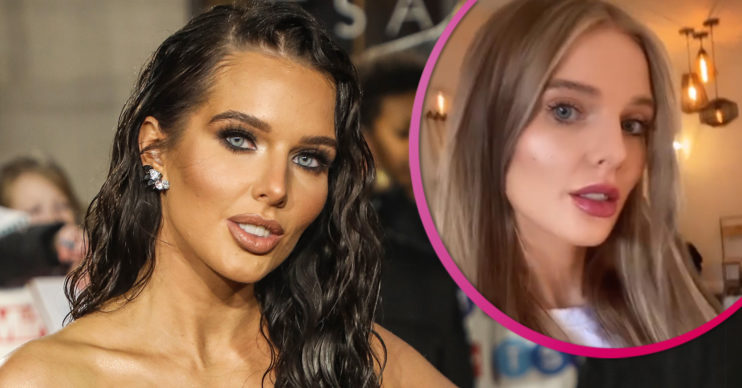 Helen Flanagan shows off new hair after going back blonde

The soap actress underwent a huge transformation over the weekend

Helen Flanagan has given fans a glimpse of her new hair after going back blonde.

Debuting her new ‘do, Helen posed for the camera as she swished her hair back and forth.

Announcing the change, the actress wrote: “Back blonde. Thank you @jameslear62 you are amazing.”

Helen’s new hair comes months after the star dyed her locks pink ahead of her 30th birthday in July.

Blue eyes, blonde hair.. the beautiful @hjgflanagan From black to pink, from pink to blonde. Blonde will always be my all time fav! ❤️ Using @beauty_worksonline clip in extensions in shade ‘Scandinavian Blonde’

The actress is no stranger to sharing her life with her 941k followers on Instagram.

Back in May, Helen opened up on her ongoing mental health battle – and encouraged others to talk about their own struggles.

She penned: “It’s mental health awareness week [heart emoji]. Just wanted to send love to anyone that is struggling at the moment.

“I have struggled at times in my life and so many of my loved ones have.

“Mental health is nothing to be ashamed of and so many people struggle you are not on your own. TALK to someone.

“There are so many people that really care. Mental health is not a weakness and it really does make me so angry when some people are insensitive towards mental health [sic].”

Read more: Amanda Holden went to therapy as she blamed herself for the loss of her baby son

Helen, who also shares daughters Matilda and Delilah with Scott Sinclair, added: “Do what’s right for you, if that’s- exercise, yoga, therapy, medication, doing whatever makes you feel good.

“Look after yourself [heart emoji] Be KIND and if you can’t be kind be quiet. Be careful how you use social media if you’re not in a good place.”

According to co-star Sally Dynevor, it’s likely the actress may return for Sally’s character’s upcoming nuptials to husband Tim.

She told Inside Soap magazine: “Every time I speak to Helen and Brooke I say, ‘Have you told Corrie you would like to come back yet?’

“If Sally and Tim do get married again I know both my girls would return for that. It would make both mine and Sally’s day.”

Meanwhile last year, Helen revealed she was “too busy being a mum” to make a comeback as the ditzy model.

She told the Daily Star Sunday: “I’m trying to work out when I can go back. I don’t know when it’ll be. It could be next year but I’m not sure.”