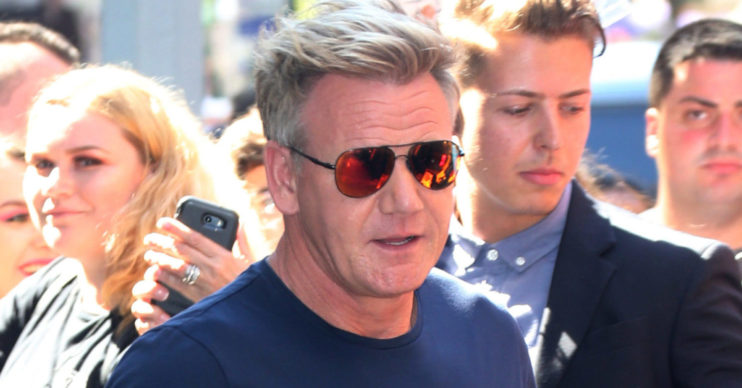 The chef was previously criticised for relocating to his second home

Proud dad Gordon Ramsay couldn’t contain his excitement as he treated his son Oscar to his first bike ride.

The TV chef, 53, took in the sights of Padstow, Cornwall, on his bike, while his one-year-old son was perched on the front.

Gordon was geared up for the ride in a puffer jacket and sunglasses as Oscar sported a yellow raincoat and a shiny blue helmet.

Taking to Instagram, the dad-of-five captioned the shot: “First ever bike ride.”

The post was met with a string of gushing comments from his followers.

He is so cute and so serious!

One fan exclaimed: “Omg Oscar is so cute.”

Gordon and his wife Tana, 45, welcomed the youngster into the world in April last year.

The couple announced the arrival of their fifth child, posting a photo on Instagram captioned: “After three BAFTAs and one Emmy… finally we have won an Oscar.”

Where is Gordon isolating?

He and Tana also share Megan, 22, twins Jack and Holly, 20, and Matilda, 18, with the family currently isolating in their second home in Cornwall.

The gang have come under fire for relocating from London during the ongoing pandemic, however, Gordon has ignored the backlash.

Meanwhile, he was previously slammed by his neighbours for riding his bike near his Cornish home.

It isn’t all bad for Gordon, though, who is reportedly in talks to reboot Hell’s Kitchen UK.

The chef fronted the reality show 16 years ago, which saw him teach 10 celebrities how to cook at speed.

A source told The Sun: “He’s always wanted to bring Hell’s Kitchen back to British TV. He wouldn’t want anyone else to be fronting its revival.”

They added: “Despite only hosting one series in the UK, it’s one of the shows with which he is most closely associated, mainly because his notorious temper produced some of its best moments.”