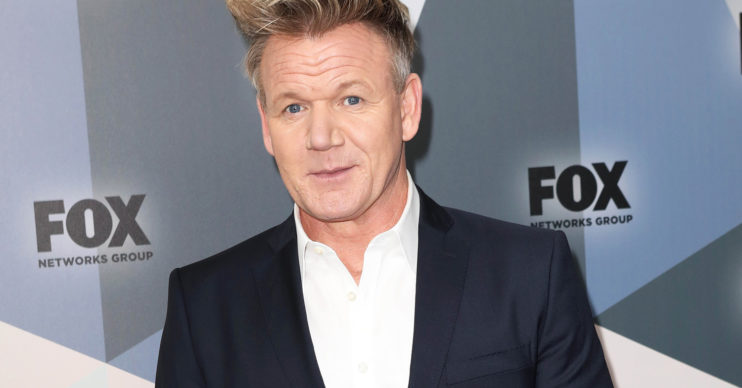 The programme saw him teach 10 celebrities how to cook at speed.

A source told The Sun: “He’s always wanted to bring Hell’s Kitchen back to British TV and he wouldn’t want anyone else to be fronting its revival.

Read more: Gordon Ramsay fans claim he is the ‘double’ of son Oscar in new post

“Despite only hosting one series in the UK, it’s one of the shows with which he is most closely associated, mainly because his notorious temper produced some of its best moments.”

It is thought celebrities would love to appear in a reboot.

The source added: “Despite Gordon making life a misery for many of the celebrities, famous faces are likely to be clamouring to sign up.”

Ent Daily has contacted reps for Gordon for comment on this story.

Gordon was head chef for just one series before Gary Rhodes, who sadly died in November last year, and Jean-Christophe Novelli took the reins for series two.

Other stars who appeared on the show over the years included comedian Jim Davidson, actor Adrian Edmondson, and TV presenter Anthea Turner.

Hell’s Kitchen US was born in 2005, and Gordon has starred on all 18 series to date.

Gordon has recently been busy with his ITV show Gordon, Gino and Fred: Road Trip with Gino D’Acampo and Fred Sirieix.

In the latest series, the trio travelled across the United States and fans loved it.

However, the network was reportedly being forced to delay a new series in and around Nepal due to coronavirus.

“Gordon, Gino and Fred’s latest road trip was going to see them heading to Nepal,” a source told The Sun.

“But now it seems Asia is going to be firmly off the cards for some time.

“It’s unlikely any filming will be able to take place until well into 2021.”

Do you want Hell’s Kitchen to return? Visit our Facebook page @EntertainmentDailyFix and let us know.