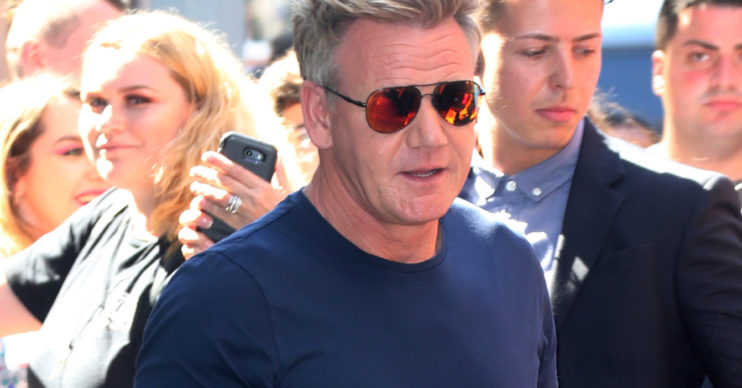 The chef visited three different stores with his son

TV chef Gordon Ramsay has proven he isn’t letting backlash get in the way of a family outing after being spotted grabbing coffee with his son Jack.

The 53-year-old has come under fire in recent weeks for breaking lockdown rules at his second home in Cornwall.

But it appears even the concerns from angry neighbours won’t stop Gordon from going about his day.

He and son Jack, 20, visited three different stores on Saturday (May 9).

They first stopped at a local butchers on the outing around Polzeath and Rock, before heading to a local deli and buying some logs.

The final stop on their trip was to grab a takeaway coffee.

Gordon and his family are currently isolating at their £4million mansion in Trebetherick, Cornwall.

A coastguard recently claimed the dad of five had been regularly seen out and about at the seaside spot.

They told The Sun: “We’ve seen him multiple times in several places. We had no choice but to give a warning.

“I said, ‘Look, everybody knows who you are and this is ridiculous. You are not following the rules. You need to keep your head down and stay indoors’.”

Gordon has also been slammed by his neighbours for riding his bike near his Cornish home and for parking his 4×4 outside of a shop.

What have the public said about Gordon’s actions?

His actions led to him being branded a “hypocrite” after urging people to stay at home in a recent video for YouTube’s Stay At Home campaign.

One person said on Twitter: “@GordonRamsay Just a quick reminder that appearing on YouTube ‘stay at home #WithMe’ campaign while actually being at your holiday home in Cornwall…

After that, another commented: “Stay home and cook no sorry sod off on holiday to Cornwall during a pandemic. He has lost my respect..”

What do you think of Gordon’s recent backlash? Head to our Facebook page @EntertainmentDailyFix and let us know.