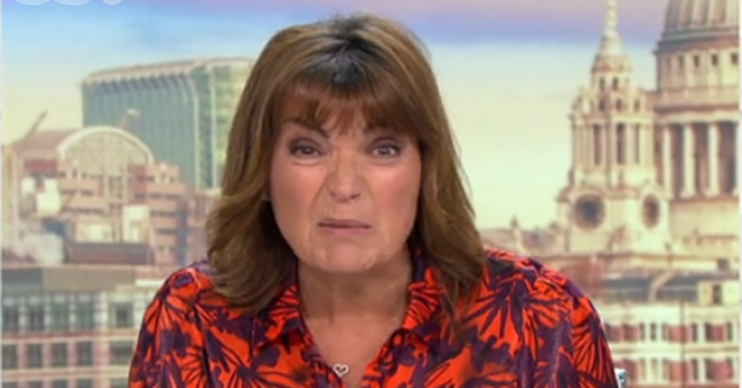 TV’s Lorraine Kelly has mocked shoppers queuing outside shops as many reopened yesterday.

Shops across the UK began reopening from Monday (June 15) with people queuing for hours outside shops such as Primark and other retail stores.

Lorraine compared the queues to what it looks like when the Boxing Day sales are on.

The presenter said she thinks people are “losing their minds”.

The star said on Good Morning Britain: “Now, this morning’s papers full of scenes like this…

“…shoppers in England returning to the high street stores yesterday where non-essential shops were allowed to re-open.

“Of course, other parts of the UK not yet allowed to go shopping.”

She continued: “So let us join our Mark Hayes, who yesterday saw it all for himself.

“Do you know what, Mark? It was like the Boxing Day sales. People were losing their minds.

I couldn’t believe what I was seeing. It was quite extraordinary.

“I couldn’t believe the amount of people who were on there, Mark.

“I couldn’t believe what I was seeing. It was quite extraordinary.”

Mark said: “As I was wandering around, it was actually quite lovely.

“It was very calm, it was a lovely atmosphere. Massive police presence as well.”

Meanwhile, shops have been shut since March, when Boris Johnson announced lockdown.

However, after weeks of being closed, many non-essential stores were allowed to reopen with safety measures in place.

Pictures from across the country show customers standing outside Primark, waiting for the doors to open.

Meanwhile, some people even camped outside to ensure they got to the front of the queue.

However, people on Twitter were shocked by shoppers’ antics.

One person wrote: “Camping outside Primark. The world is actually done.”

In addition, another ranted: “The queues outside Primark, I cannot get over how dumb people are, it’s so stupid.”

After that, a third tweeted: “I can’t believe people have been queuing since 5am to get into #primark. What is this world?”

Did you queue for shops? Leave us a comment on our Facebook page @EntertainmentDailyFix and let us know.