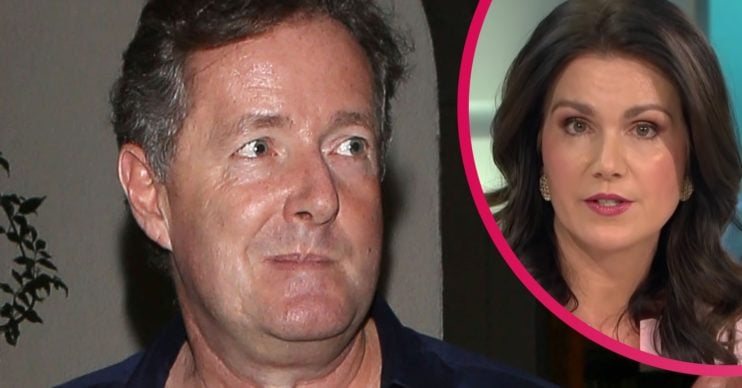 In a column for the Daily Mail, the presenter said his friends feared the pair had “fallen out” after watching Susanna Reid confirm the news Piers had left the show.

What did Susanna Reid say about Piers Morgan on Good Morning Britain?

The day after Piers Morgan clashed with Alex Beresford over Meghan Markle, Susanna Reid told GMB viewers Piers would no longer be appearing on the show.

She said on the programme: “Piers and I have disagreed on many things and that dynamic was one of the things viewers loved about the programme.

“He is without doubt an outspoken, challenging, opinionated, disruptive broadcaster.

“He has many critics, and he has many fans. You will know that I disagreed with him about Meghan’s interview.”

She continued: “Piers has decided to leave the programme. Some of you may cheer and others will boo.

“He has been my presenting partner for more than five years and during Brexit and the pandemic and other issues he has been a voice for many of you, and a voice that many of you have railed against.

Even my real ex-wife talks more fondly about me than that.

Writing in the Mail, Piers quipped that his ex Marion Shalloe spoke about him “more fondly” than Susanna did.

He penned: “Jeez, even my real ex-wife talks more fondly about me than that (and, in fact, did so overnight in a very supportive message).

Piers clarified that the pair hadn’t fallen out, but he thought Susanna felt “angry and sad” at him leaving amid the show’s continued ratings success.

He also wondered if she was “concerned for her own future” and “fearful of troll abuse” for supporting him.

Piers expressed his wish to stay friends with Susanna, whom he called a “decent person” and said she actually rang him for a “long clear-the-air chat” and to say sorry.

He revealed: “She apologised for the tone of her chilly goodbye, which was for all the reasons I suspected, and I apologised for leaving her in the lurch so suddenly.”

Elsewhere in his column, Piers said the two of them agreed to go out for a “long lunch to celebrate five extraordinary years” after “the dust settles” on his GMB exit.