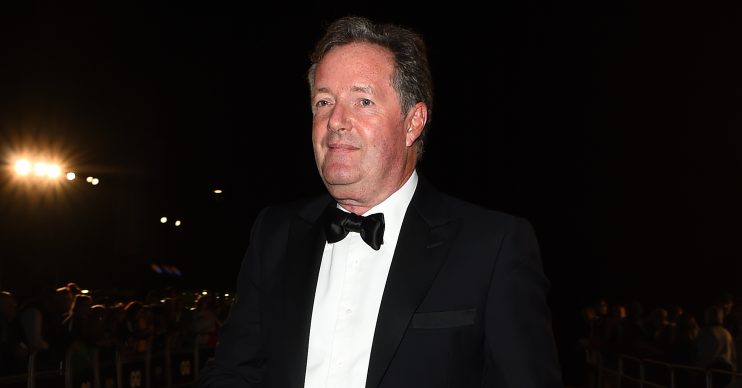 The GMB host posted the picture to social media

TV host Piers Morgan has left his Instagram followers hot under the collar with a picture of his brother.

The Good Morning Britain host shared the snap to celebrate his sibling’s birthday.

He wrote: “Happy birthday little bro – I’ll leave my followers to work out which one’s the little one… (Clue: I’m the big one).”

Happy Birthday little bro @rpmorgan14 – I’ll leave my followers to work out which one’s the little one.. (Clue: I’m the big one)

In the photo Piers can be seen with brothers Jeremy and Rupert.

Piers’ fans were quick to comment on the photo, with one saying: “Rather handsome brother you have.”

“Your brothers are so handsome,” another agreed.

“Gosh you are a handsome bunch!” said a fourth.

Others were quick to insist Piers is the one who got the looks: “Love this photo, but I must say you’re the best looking one,” commented one.

Someone else agreed: “You are by far the handsome big one.”

Piers is currently enjoying a sunny break away from Good Morning Britain after all the penguin drama.

The former newspaper editor, 54, shared on Instagram that he had just completed his first hike up Runyon Canyon in Los Angeles.

Piers caption the picture with: “My first hike. Nearly killed me but I manned up and got to the summit” followed with a fist bump emoji.

My first hike. Nearly killed me but I manned up & got to the summit. 👊

Read more: Meghan and Harry ‘taking time off’ before Christmas

Several of his fans made reference to Piers as a penguin, after he said he identified as the bird back in September on Good Morning Britain.

His penguin remarks prompted a petition to be launched online to get him sacked off the popular ITV morning show.

However, Piers went on to launch his own petition to keep him on and has taken the two weeks off following the incident.

Do you want to keep Piers on Good Morning Britain? Tell us what you think on our Facebook page @EntertainmentDailyFix.