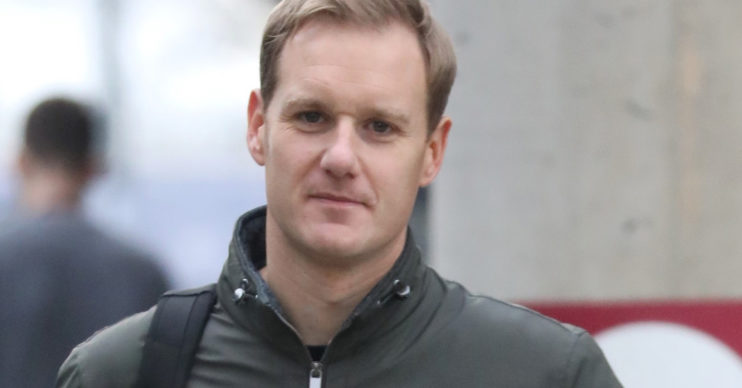 TV’s Dan Walker has hit back at the “truly grim” insults and threats he’s received recently.

The presenter has been interviewing Government ministers on BBC Breakfast as they’re reportedly refusing to go on ITV’s Good Morning Britain.

However, many viewers have accused Dan of being too soft and not asking tough questions like his TV rival Piers Morgan does.

What has Dan said?

“I’ve got to say that some of the bile, insults, hatred & threats that have arrived this morning on here, email and via messages have been truly grim.

“I don’t hate anyone. It is my job to ask questions and I always try to be fair, accurate & responsible. Thanks.”

Many of his fans defended him with one person writing: “You’re class Dan, their comments reflect only on themselves and not on you.”

Another added: “The fact that you’re one of only a few presenters on TV that are actually able to conduct an interview without shouting over them and actual giving a balanced account, should be commended.”

One said: “I admire how you manage to keep your cool when these Government ministers come on your show and happily bare face lie to you!

“Keep up the good work.”

Earlier this month, Dan made a dig at Piers’ interview style.

Piers is known for grilling Government ministers, which often results in Ofcom complaints.

What did Dan say?

He wrote: “Thanks for all your kind comments about our #BBCBreakfast interviews this morning.

“It is possible to challenge politicians & and ask difficult questions without…

“Shouting. Interrupting. Telling everyone you’re brilliant at holding them to account. Thanks for watching.”

However, Piers hit back and wrote: “The reason they all go on your show Dan is because you’re known as the softest touch in world political interviewing…

It is my job to ask questions and I always try to be fair.

“Or as the Guardian called you recently ‘LaLa from the Telletubbies… most at home asking unthreatening lifestyle questions.'”

Meanwhile, Dan then tweeted Piers: “Morning. [Dominic] Raab did every outlet apart from GMB. I wonder why?

“I’ll make sure I watch some of your old stuff to get some tips on how to take no prisoners and not be a ‘soft-touch.'”