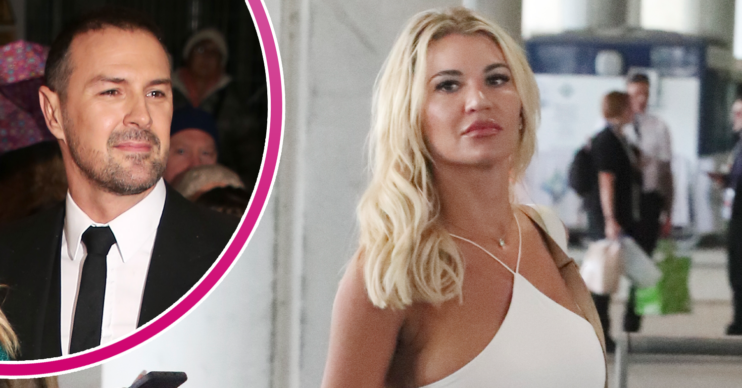 They announced their break-up last month

Christine McGuinness has been flooded with support and well-wishes following her split from husband Paddy.

The mum of three was at Wembley yesterday (July 31) as England’s Lionesses won the Women’s Euros 2022 trophy.

Posing in a white top and ripped jeans, Christine was all smiles.

And, posting to Instagram at the game, she finally broke her silence following the announcement that she had Paddy had split.

The model posed in the stadium last night ahead of kick off.

She shared: “Things I love to see: Women supporting women. Going against the grain. Doing what they love. Believing in themselves. Fighting for equality.

“And our country getting behind them shouting: ‘Yes girls!'”

She then added: “COME ON ENGLAND.”

Fans were quick to comment, with many flooding the comments section with fire emojis and telling Christine she looks “gorgeous”.

Absolutely gorgeous and so nice to see you smile.

“I’m gutted about you and Paddy but I stand by you,” said another.

“As much as I like Paddy, he’s a bloody wally,” quipped another.

Others commented on Christine’s appearance and said she looked “stunning”.

“WOW you look absolutely stunning, so beautiful,” said one.

A third said: “Absolutely gorgeous and so nice to see you smile.”

Paddy and Christine’s marriage has been under the microscope for weeks now, with the pair announcing their split last month.

It came after cryptic posts and comments from Christine with the star claiming she “didn’t cause this”.

Paddy, meanwhile, is back to work on Top Gear.

He broke his post-split silence last week as he gave a behind-the-scenes glimpse as the boys prepared for filming.

There have also been allegations that Paddy cheated on Christine.