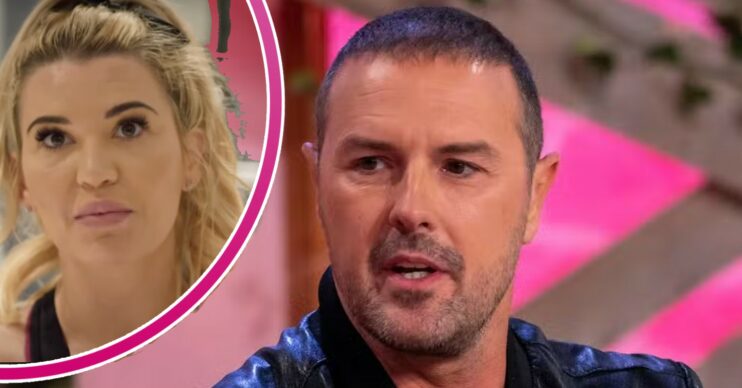 The Top Gear presenter has split from wife Christine

With the sad news that TV star Paddy McGuinness and wife Christine‘s marriage has ended, there are now rumours  the Top Gear presenter has been sending messages to a BBC presenter.

Paddy, 48, reportedly exchanged a series of messages with the woman in March.

Shortly after, he and wife Christine decided to live separate lives.

The pair officially announced their split last week after 11 years of marriage.

The news of their official split has only just been announced. Yet Paddy’s alleged actions are thought to have caused issues for the pair who were married for 11 years.

However a source told the Daily Mail that there is no suggestion that the messages went beyond friendship.

Christine was reportedly still upset after finding them on his phone.

One friend told The Daily Mail: “Paddy had been messaging the woman for some time. They were direct messages and were quite friendly.

“It’s unclear how they met but they followed one another for a while.

“There have been various issues between him and Christine, but this was definitely one of the driving forces that began to make them assess their future as a married couple.”

Read more: Inside Paddy and Christine’s relationship – from sad confession about wedding to scandal that made her ‘physically sick’

While the messages aren’t thought to have caused the marriage breakdown, things have been tense for Paddy and Christine for a while before announcing their split.

Speaking to The Sun On Sunday earlier in July, Christine hinted at marriage struggles. She said: “I don’t want to go into it too much, but I will just say that I didn’t cause this situation.

“You’ve got to expect it when you’ve been together for so long. Everyone grows and changes, and we’ve grown as a family, which is amazing.

“That family bond will always be there, no matter what.”

The couple, who had married in 2011, confirmed their separation in a statement on Instagram on Friday 22 July.

The statement, shared on both of their social media accounts via Instagram stories, read: “We hadn’t planned on sharing this publicly until we were ready but after the lack of privacy surrounding our personal life, we feel left with no other option but to clarify.

“A while ago we took the difficult decision to separate but our main focus as always is to continue loving and supporting our children.

It continued: “We’ll always be a loving family. We still have a great relationship and still live happily in our family home together.

“We hope this now draws a line under anymore unwanted and unnecessary intrusion into our private life.”

The statement concluded by adding: “Although we work in the public eye we ask kindly if you could respect our wishes for privacy on this matter.

“Loads of love, Paddy and Christine.”

Wishing them both the best as they navigate a difficult time for their family.