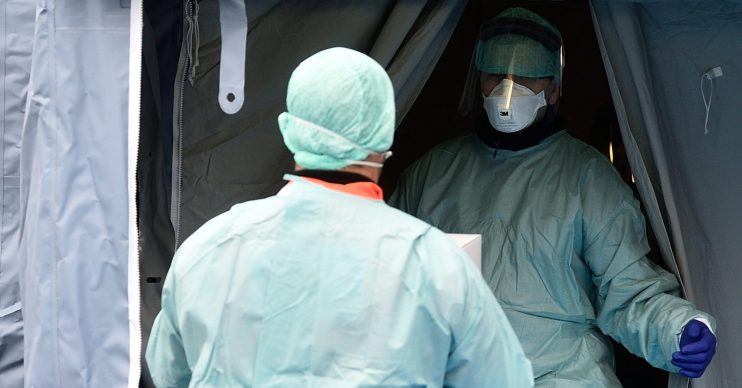 There have now been 53 cases

Chief Medical Officer for England Chris Whitty has warned that the UK is likely to see “some deaths” in the coming months as a “significant number” of people catch the flu-like coronavirus.

The UK Government’s Chief Medical Advisor said the NHS and businesses should work under the “sensible” assumption that as much as 20 per cent of Britain’s work force could be off sick at once.

Professor Whitty said, as reported by The Sun: “It is almost certain there will be more cases, probably a lot of cases, and we would expect some deaths.

Speaking further, he said that people wearing face masks in public will do “little” to halt the spread of the deadly bug.

On Wednesday (March 4 2020), the number of coronavirus cases in the UK climbed to 53, following two being identified in Scotland.

And now, doctors will start seeing hospital patients via video link from their homes in a bid to combat the outbreak.

It is almost certain there will be more cases, probably a lot of cases.

According to BBC News, officials are asking hospitals to opt for more more video-based consultations, with NHS England hoping it will reduce the chances of the virus being transmitted.

The body reportedly sent hospital trusts and other health organisations a letter outlining measures they can put in place in preparation for a potential surge in the number of people coming in for treatment.

Yesterday (March 3 2020), Boris Johnson outlined the Government’s four-pronged approach to tackling the spread of the virus.

In a speech from Downing Street aired on ITV’s This Morning, the Prime Minister said authorities would focus on four approaches, “contain, delay, research, mitigate”.

He explained: “I fully understand public concern, your concern, about the global spread of the virus. And it is highly likely that we will see a growing number of UK cases.”

The PM also offered up some simple advice that Brits can follow to significantly reduce their chances of catching or spreading the bug – by washing their hands with soap for as long as it takes to sing Happy Birthday twice.