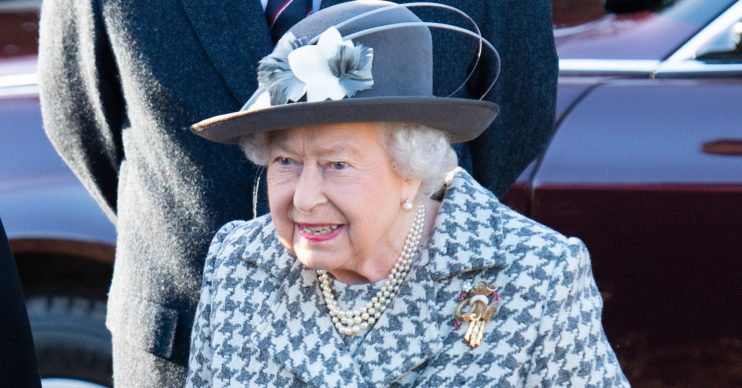 She doesn't usually wear anything on her hands

The Queen wore a pair of gloves as she carried out an investiture at Buckingham Palace this week.

Her Majesty, 93, usually carries out the honour without wearing anything on her hands but on Tuesday, she decided to wear a pair of long white gloves.

With fears mounting over the coronavirus, the palace did not confirm if the Queen was wearing the gloves as a precaution.

However, a spokesman for the palace said: “It is not unusual for the Queen to wear gloves on a public engagement.”

The Queen hasn’t been spotted wearing gloves at an investiture in the last decade.

The Queen doesn’t wear gloves at investitures, but it’s a sensible precaution.

“She’s six or so weeks away from her 94th birthday and she’s at an age when she’s susceptible to such a virus.

“The other alternative would have been to have cancelled the investiture but the Queen is a ‘business-as-usual-monarch.'”

A royal source said the Queen would be following any government advice on the coronavirus.

An Investiture is the very special day when someone who has been awarded an honour receives their award in person from The Queen, or a Member of the Royal Family.

The person being awarded visits a royal residence, usually Buckingham Palace, with members of their family to receive the honour.

Around 30 investitures are held each year, and over 60 recipients attend each ceremony, either in the Ballroom at Buckingham Palace, or in the Waterloo Chamber at Windsor Castle.

Investitures are hosted by The Queen, The Prince of Wales, The Duke of Cambridge and occasionally The Princess Royal.

Coronavirus update: The Queen wore gloves at a Buckingham Palace award ceremony for the first time in over a decade.

Turning 94 at her next birthday, the Queen sits in the high-risk category for coronavirus. pic.twitter.com/asdGLR3MDB

The number of UK coronavirus cases has increased to 51 after 12 new cases were confirmed on Tuesday.

Yesterday, the Prime Minister Boris Johnson spoke to members of the press at Downing Street to outline the Government’s four-pronged strategy, which will focus on “contain, delay, research, mitigate”.

Boris said: “Keeping the country safe is the Government’s overriding priority and our plan means we’re committed to doing everything possible, based on the advice of our world-leading scientific experts, to prepare for all eventualities.

“Let’s not forget, we already have fantastic testing systems and fantastic surveillance of the spread of the disease.

“We will make sure the NHS gets all the support it needs to continue their brilliant response to the virus so far.”