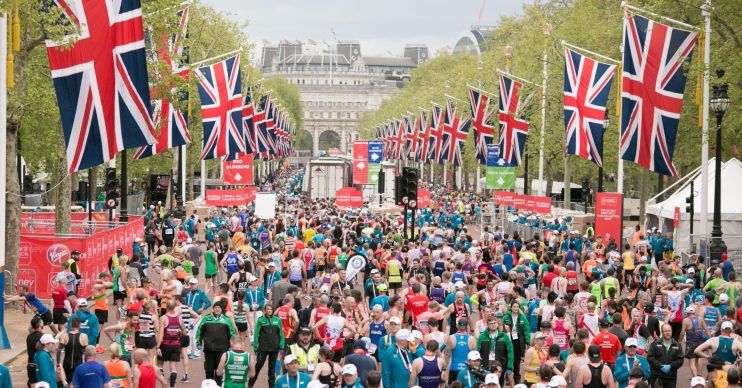 The race is in jeopardy

The Secretary of State for Health has admitted the London Marathon ‘might’ have to be cancelled as a result of the coronavirus outbreak.

The event, due to take place April 26 2020, is in jeopardy as it could contribute to the spread of the deadly flu-like bug in the UK.

The race is the world’s biggest mass-participation sports event, involving around 45,000 marathon runners and attracting as many as one million spectators.

Read more: Peter Andre denies claims fans were ‘ordered not to touch him’ amid coronavirus fears

But speaking on Tuesday (March 3 2020), Health Secretary Matt Hancock conceded the event might have to be cancelled or postponed, as there is a “serious possibility” the coronavirus crisis could turn into a global pandemic.

He explained on BBC Breakfast: “Right now, we do not recommend the cancelling of mass events and schools as well should not be closing unless there is a positive case and the schools have the advice to close.

“There maybe things we have to do down the line that we don’t want to, but we will need the powers to do that hence proposing emergency legislation.”

In another chat on ITV’s Good Morning Britain, Matt said: “A lot of people, not least because it is mild, will be best off at home than in hospital so we are expanding the number of home ventilation kits that are available so that can be done.”

It comes amid reports that Britain’s supermarkets are reportedly drawing up emergency plans to ‘feed the nation’ and deal with potential panic-buying in the event of the outbreak worsening.

There maybe things we have to do down the line that we don’t want to.

During an interview on Sunday (March 1 2020), Matt Hancock refused to rule out putting cities in Britain on official lockdown in a bid to contain the flu-like bug.

Read more: Liam Gallagher jokes he thought he had coronavirus on Twitter

As of Monday, 39 people in the UK had contracted coronavirus, which is understood to have originated in China before spreading to dozens of countries around the world.

The crisis has so far claimed just one British victim.