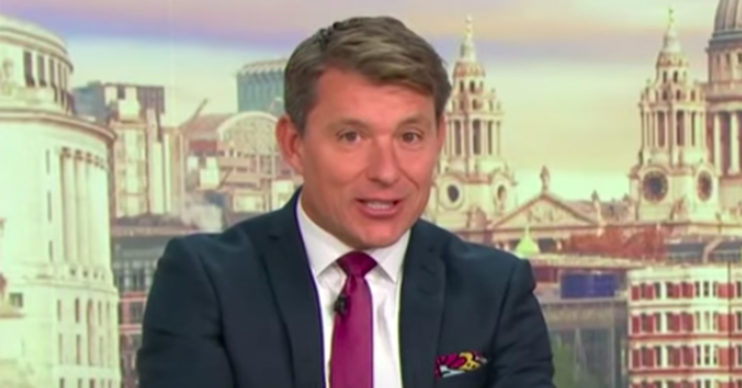 Bookies are predicting odds on whether Ben Shephard, 45, will join this year’s Strictly Come Dancing.

Popular bookmakers company Paddy Powers believe the Good Morning Britain could be set to put on his dancing shoes.

A representative told Daily Express online: “Ben Shepard has been on a number of shows from GMTV to Tipping Point and even hosting Ninja Warrior UK.

“As such, we think a stint on Strictly wouldn’t be out of the realms of possibility, though we’re not sure he’d have quite the popularity of other names on the list.”

However, the popular GMB star has shared his fears over the infamous ‘Strictly curse’.

He said that his wife, Annie Shephard, is particularly fearful of it.

Speaking to AJ Pritchard on GMB last year, he said: “So my wife has always been sort of pretty upfront about the fact that she doesn’t want me to do it because of the ‘curse’.

“She says, ‘Why would I want you to go on and do that?’ Is it the same for the professional dancers and their partners?”

But if Ben were to sign up, he would certainly be in good company.

Several GMB stars have competed on Strictly in past years.

The future of Strictly this year has been fairly uncertain due to the coronavirus pandemic.

The ease of lockdown measures could prove to be a silver lining, however.

Read more: Katie Price says son Junior is too embarrassed to have friends over

Although the BBC has yet to 100% confirm the return of Strictly this year, some of its stars have waded in.

Judge Craig Revel Horwood says the show will return – but it will be quite different this year.

He told Loose Women this week that he believes the two-metre distance rule could make the show extra entertaining.

He also said he believes a same-sex couple is likely on the cards.

Craig told the panel: “I think that might be happening this year. [same sex couple]

“I’m really looking forward to the show because it’s going to be a completely different creative look at it.

“And you know, I think when you’re pushed into corners, like having two-metre rules, it can make some wonderful TV, so it’s going to be interesting and fantastic.