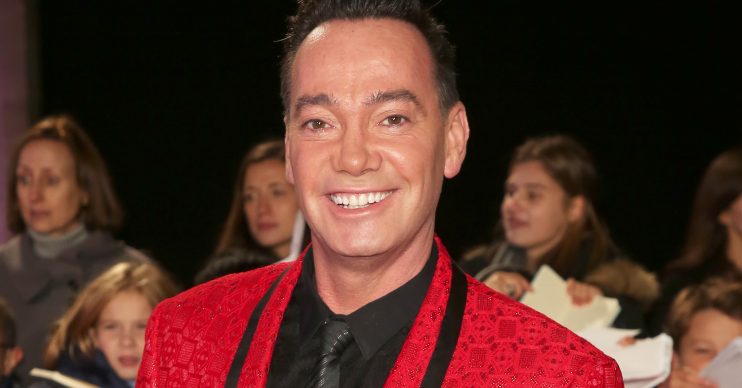 Strictly Come Dancing judge Craig Revel Horwood has got engaged, he has revealed.

He and his significant other Jonathan Myring are to marry.

The 35-year-old horticulturalist popped the question while they were naked in the bath during a during a romantic break to Tasmania last month.

Jonathan said: “I was getting really nervous and just wanted it done. In the end, I drew a salt bath, opened a bottle of champagne and we got in the bath together and I did it in there.”

Craig added: “It was very romantic. A naked proposal, on his knees in the bath. It was hilarious.”

The 55-year-old dance expert admitted he turned down his now-fiance at first, but then reversed his decision following the “absolutely perfect” proposal.

It was very romantic. A naked proposal, on his knees in the bath. It was hilarious.

Speaking to OK! magazine, he joked: “I said, ‘Absolutely not!’ And then I said, ‘Oh, alright then, I’ve changed my mind.’

“I thought it was really sweet, actually, because Jonathan just said, ‘I want to spend the rest of my life with you.’ ”

The couple have been together for two years, and Craig admitted he feels “such comfort” knowing Jonathan wants to spend the rest of his life with him.

Last year Craig revealed he was considering adopting a child after being inspired by Annie. But he wanted to make sure his relationship with Jonathan was “solid enough”.

He said: “It is something we have talked about.

“There are so many children out there just like in Annie, who are orphaned for whatever reason and they just need a loving family.

“But I am waiting to see how our relationship develops and if it’s solid enough and a good base to bring children into it. It certainly needs a lot of planning.

“You are under great scrutiny when you are adopting, more so than natural parents. There are a lot of interviews, screenings etc.”