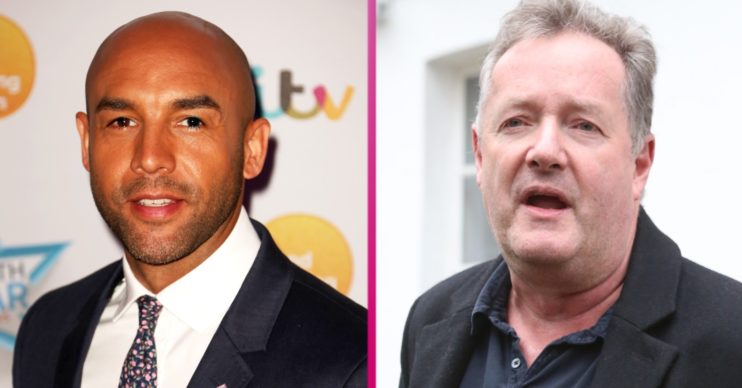 He reminded fans 'the sun still rises beautifully some place'

Piers Morgan took aim at Alex Beresford in a tell-all column about his Good Morning Britain exit, but the weather expert appeared to shrug it off as he shared a positive message on social media.

In it, he accused Alex of challenging him for his own personal gain in their row about the Duchess of Sussex, Meghan Markle.

On Sunday afternoon, Alex looked happy and relaxed as he ignored Piers’ column to offer a message of hope and positivity.

The weatherman shared a snap of himself sitting on his couch in a tracksuit, writing in the caption: “Probably shouldn’t have my trainers on this white rug!

“Anyway bless up yourselves on what looks like a grey Sunday.

“Remember, the sun still rises and sets so beautifully some place in the world every day.”

Fans were on his side in the comments.

Remember, the sun still rises and sets so beautifully some place in the world every day.

Another wrote: “I think you are lovely.”

Someone else joked that Alex should have been named the sexiest bald man, in the recent poll topped by the Duke of Cambridge, Prince William.

What happened between Piers and Alex?

On GMB, Alex had accused Piers of going after Meghan because she ‘ghosted’ him years ago. Piers, fuming, stormed out of the studio before returning to continue the debate. Later, ITV announced Piers had left GMB, and his co-host, Susanna Reid, told viewers the next morning.

Piers had claimed he didn’t believe a word of what Meghan told US presenter Oprah Winfrey in her explosive interview with Prince Harry.

Writing in the Mail, Piers said: “I don’t mind outside guests trying to make a name for themselves by whacking me like this, but I wasn’t going to sit there and take it from one of my own team, especially someone who I’ve gone out of my way to help whenever he’s asked me for advice about his career.