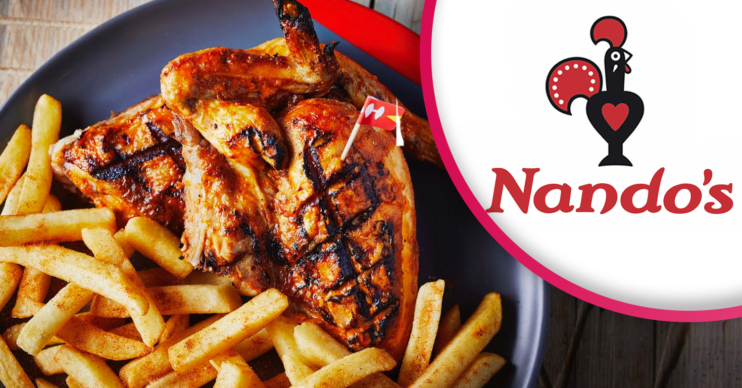 In case you're missing your Peri Peri fix…

Fans of chicken shop Nando’s have expressed their delight at the news the chain is reopening some restaurants for delivery.

Nando’s has said it is opening the stores today (April 28).

The decision comes hot on the heels of the news that fast-food outlets including Burger King and KFC have reopened for delivery.

Nando’s temporarily closed all of its restaurants on March 23, when the UK lockdown was imposed.

However, it has now decided to open up some outlets.

And fans couldn’t be happier.

“Nando’s is open!” exclaimed one chicken fan on Twitter.

Fans of the chain’s trademark Peri Peri flavour will be able to order via Deliveroo.

However, only a handful of stores are currently open.

Posting on Twitter, a rep revealed the restaurants that would be open for delivery.

And if you live in London, Manchester or Dublin, we have good news!

“The restaurants that are currently open are London – Clink Street, Camberwell, Canary Jubilee and Gloucester Road,” the rep revealed.

The chain hopes to open more restaurants in the coming weeks.

In the meantime, the eatery will serve a limited menu, with Peri-Peri chicken wings, halloumi and Peri-Peri chips all apparently on the menu.

The restaurants will open with reduced hours, too, operating from 12 noon till 9pm.

For the past week, the branches were only serving nearby NHS workers.

However, not everyone is happy with the news, with those who don’t live near an open branch venting their frustration on Twitter.

“Why can’t ealing Nando’s open???? Tell me why please @NandosUK,” said one.

“I’d rather Nando’s stay closed than open just for London,” said another.

Its staff are also being checked to make sure they’re well enough to work.

Earlier this week, high street bakery chain Greggs revealed it was reopening 20 of its stores.

Customers will be able to order their favourites for takeaway or delivery from Monday (May 4).