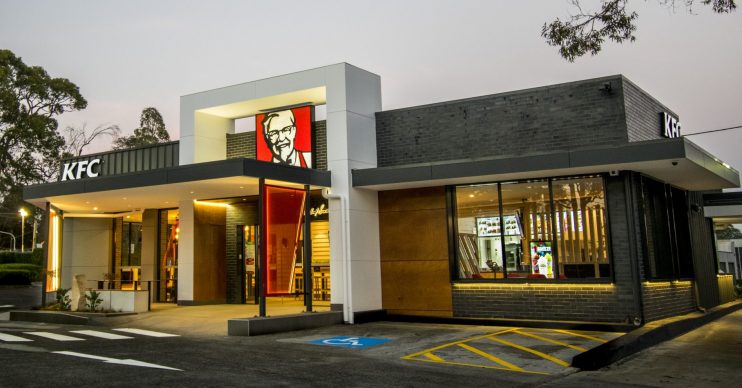 We’ve got some very good news for fans of KFC. The fast-food chain has reopened some of its restaurants.

The branches have reopened for delivery only, with fans able to get their hands on their favourite fried chicken once more.

All branches of KFC were closed last month when the government enforced a UK lockdown.

Now, it has made the decision to reopen some stores.

KFC has more than 900 branches across the UK. However, only 11 of the stores are reopening at the moment.

In bad news for Londoners, none of KFC’s stores in the capital will reopen at the moment.

However, chicken lovers based in and around Manchester were in for some good news.

KFC is reopening its Manchester Hulme and Deansgate stores, as well as its store in Heaton Chapel, Stockport.

It looks like KFC is reopening for deliveries only

KFC is so gonna run out of stock within hours of reopening.

When @BBCRadioManc announces that @KFC_UKI has opened two of its stores in #Manchester for delivery only (and are giving free meals to #NHS staff)! Hitting up @Deliveroo right now! pic.twitter.com/1m1C3kqy3C

Birmingham’s New Oscott branch and a branch in Tamworth, Staffordshire are also reopening.

A rep revealed it plans to open more branches in the coming weeks if it can do so “responsibly”.

KFC will serve a limited menu and it appears all orders must be placed via Deliveroo, Just Eat and Uber Eats.

Staff have designated work zones two metres apart and they will operate with just one person per station.

KFC is so gonna run out of stock within hours of reopening.

Those packing orders have to wear gloves. Meanwhile, KFC has also placed taped markings on the floor to keep delivery drivers apart.

Returning to work isn’t compulsory and only those who can travel to work without using public transport are allowed to go back to work.

Staff who do not return will remain on the government’s furlough scheme.

A rep revealed: “Over the last week, we’ve reopened 11 of our restaurants in the UK.”

They added: “They’re open for delivery only and are serving a limited menu, operated by fewer team members with new procedures in place to help ensure we’re following social distancing guidelines.”

Twitter: KFC are reopening stores as delivery only My KFC: lol nope

KFC said: “There’s still a need for affordable, accessible food at this time. We want to do our part.”

It also revealed it would give away 100 free meals to NHS and key workers from each store every Tuesday.

“We’ve donated thousands of meals from all our open restaurants to those on the frontline, including the NHS and key workers and will continue to do so each week while the situation continues,” the rep concluded.