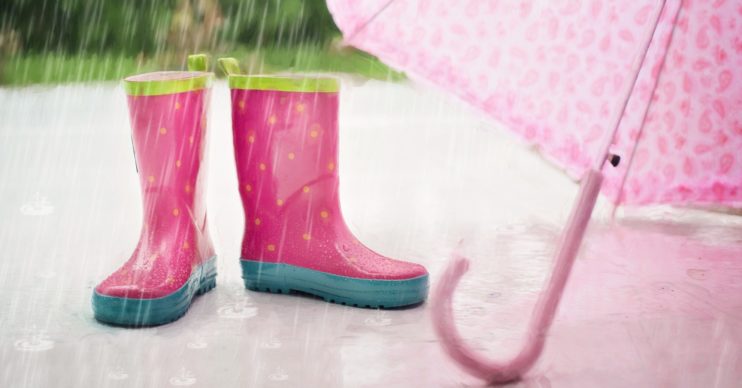 Boris Johnson issues a warning, too!

The heatwaves of recent weeks appear to be a thing of the past as the Met Office warns heavy rain and plummeting temperatures are here to stay.

However, things took a decidedly cooler turn on Wednesday, with some experiencing thunderstorms.

And the dreary weather looks set to continue, sadly.

The Met Office has warned of a “very rough” few days ahead for Brits.

Heavy rain and high winds are forecast across some parts of the country, while temperatures will remain well below average for June.

Towards the middle of June, the changeable conditions should continue with further showers and perhaps longer spells of rain.

Temperatures, too, are set to drop by a couple of degrees nationwide.

Tonight looks set to be blustery, with high winds predicted in the north-east.

And, while Friday morning could start with blue skies and sunshine, it isn’t predicted to last.

“Increasingly our attention is on the north-east where this persistent and heavy area of rainfall moves in along with a strengthening wind,” he said.

He added: “That’s going to make it feel cold for all places and temperatures again on the low side – lower than average.”

After the heat earlier on this week, this afternoon will feel rather cool for many of us, thanks to the northerly winds pic.twitter.com/YDOIHJNBlT

And the weekend isn’t looking any better.

Weather will turn “increasingly unsettled” on Saturday and Sunday.

Monday (June 8) will be drier, but Brits can expect a mixture of sunny spells and showers “across many parts” for the rest of the week.

There isn’t much better news in the long-range forecast, either.

“Towards the middle of June, the changeable conditions should continue with further showers and perhaps longer spells of rain, mostly confined to the north and east,” the Met Office said.

“Generally, rather cool at the start of the period, particularly in the north and east. Temperatures could start to recover to average in the south and west towards the end of the period,” it added.

Prime Minister Boris Johnson has even commented on the weather.

He’s urged Brits not to take their gatherings indoors in the wet weather.

He said while people may be tempted to meet friends and family inside, the risk of passing on the virus remains “significantly higher” inside.

The one good bit of bright news on the horizon is that summer holidays abroad could be back on the agenda.

So Brits could still enjoy some sunshine this summer!