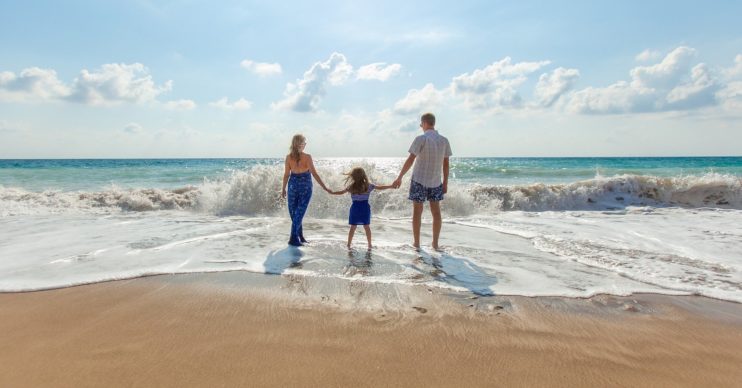 Fast testing at airports and travel corridors could be approved

Home Secretary Priti Patel has offered hope to Brits looking to jet off on summer holidays.

It comes into force on Monday and, at first glance, is thought to essentially cancel summer holidays for Brits.

However, far from being all doom and gloom, there appears to be hope that summer holidays abroad could go ahead this year.

From Monday (June 8), travellers coming into the UK will have to quarantine at one address for 14 days.

They will have to fill in a form and have a receipt with them to prove they’ve handed over their contact details to authorities.

If random spot checks reveal the rules are broken, fines of up to £1,000 could be issued.

The rules will be in place for at least the next few weeks.

However, she said the measures would be “time-limited” and “temporary”.

Offering further hope to Brits looking to jet away for summer holidays, the MP also revealed the Foreign and Commonwealth Office was in talks about “international travel corridors”.

And, if approved, they could save the nation’s 2020 summer holidays.

Patel confirmed the government was looking at making “bilateral” deals between “countries which are deemed safe”.

She added: “This is just one component. We are speaking about track, trace and isolate and potential fast testing for passengers.”

However, she continued: “There are many other aspects to how we can make aviation travel safe going forward to protect passengers and their health.”

If approved, fast testing for COVID-19 at airports could put an end to the quarantine period.

She said: “The scientific advice is that imported cases of the virus pose more of a threat to our recovery. The priority is to protect people’s health and keep those in the UK safe.”

We are speaking about track, trace and isolate and potential fast testing for passengers.

Patel added: “These measures are backed by science and are supported by the public, and are essential to save lives. Let us not throw away our hard-won progress.”

Under the quarantine guidelines, Brits will be allowed out of the house to buy food and attend funerals.

They will also be able to use public transport.

Meanwhile, people from the Common Travel Area  – Ireland, the Channel Islands and the Isle of Man – will be exempt.

Workers such as lorry drivers, postal workers and diplomats will also be exempt.

Head to our Facebook page @EntertainmentDailyFix and tell us where you’re dreaming of holidaying.