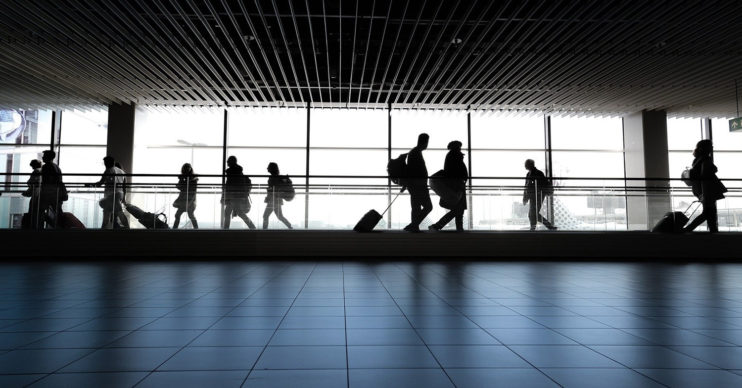 Arrivals to the UK must now quarantine for two weeks.

People arriving in the UK could face fines if they break quarantine rules.

New rules insist that arrivals must self-isolate and remain in lockdown for two weeks post arrival.

These quarantine efforts have been put in place to slow down the spread of coronavirus in the UK.

According to a report by the BBC, the government will shortly announce the new fines guidelines.

Spot checks will likely be performed on new arrivals to ensure that they are obeying quarantine measures.

If they are found to have broken the rules, they could be fined with £1,000.

Home Secretary Priti Patel is expected to give more details on her next briefing.

Under the new rules, arrivals will need to fill out a form on arrival to the nation.

This will include their contact information and where they will be residing in the UK.

This will be an attempt to prevent a second major wave of coronavirus.

The illness has already taken the lives of 36,042 people in the UK. However, some suspect the real number to be much higher.

Some will be exempt from the fine, including road hauliers and medical officials.

Those arriving from the Republic of Ireland will also be exempt.

However, France won’t be, as earlier suggested by other reports.

Northern Ireland Secretary Brandon Lewis said: “The reality is we are saying to people if you are going to go abroad you need to look at the fact you may well need to do quarantine when you come back.”

He said: “I would urge the government to get on with it and give us the details about how it’s going to work in practice.”

He told BBC’s Today Programme: “It’s idiotic and it’s un-implementable. You don’t have enough police in the UK.”

Meanwhile some airlines have announced plans to resume international flights.

EasyJet says it will resume some foreign flights in June but all passengers must wear masks.

Reports have also emerged that Greece will resume international tourism as early as next month (June).

What do you think of these quarantine plans? Share your thoughts with us on our Facebook page @EntertainmentDailyFix.