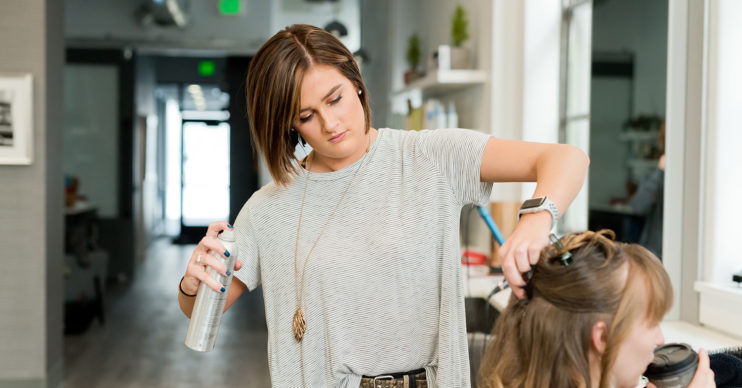 Hairdressers could reopen this month under Boris Johnson’s new plans

PPE guidelines are being drawn up

Hairdressers could reopen later this month under new plans being considered by Prime Minister Boris Johnson.

However, it appears all of the country’s salons could reopen a lot sooner as ministers discuss moving the date forward to provide a boost to the economy.

It’ll also provide a personal boost to Brits desperate for a cut and colour.

A government source who has seen the draft plans told The Telegraph salons could reopen as early as June 15.

This would mean hairdressers could reopen the same day that other non-essential shops and businesses return.

The insider said: “Hairdressers were supposed to be the next thing. Boris has talked about unleashing the great British haircut again.”

The Department for Business has begun drawing up social distancing guidelines for hairdressers, too.

Read more: This Morning viewers shocked at the price of Holly’s dress

And, the source revealed, they will be similar to the instructions issued to dentists.

As a result, hairdressers will have to wear face masks, perspex visors and gloves while in the salon.

The source added: “It would be treated under similar rules to dentists.”

Brits could also see a number of other changes as salons reopen when lockdown eases further.

Magazines will be removed from waiting rooms and won’t be offered to clients as usual while they have their hair cut.

Customers will be asked to wear face masks.

Salons will also be advised to stop offering tea and coffee to clients.

The paper reports a government source has refused to rule out hairdressers reopening from mid-June.

Boris has talked about unleashing the great British haircut again.

However, they insisted that no decision had been finalised.

The PM is said to be “moving cautiously” with the plans.

He is also monitoring the situation “extremely carefully” before making any more moves.

A Department for Business rep said: “The government has set up task forces to work with industry representatives to develop safe ways for businesses such as hairdressers to open at the earliest point at which it is safe to do so.”

Head to our Facebook page @EntertainmentDailyFix and tell us if you’ll be booking an appointment.