Soap actress Emma Barton had revealed the odd nickname one of her fellow Strictly Come Dancing stars created for her.

Appearing on today's (07.11.19) episode of This Morning, the EastEnders favourite said she acquired her bizarre new moniker after judge Craig Revel Horwood compared her to a "sack of potatoes".

Emma, who was on the programme with her dancing partner Anton du Beke, explained that because of Craig's comment, fellow contestant Michelle Visage called her "Sacka". 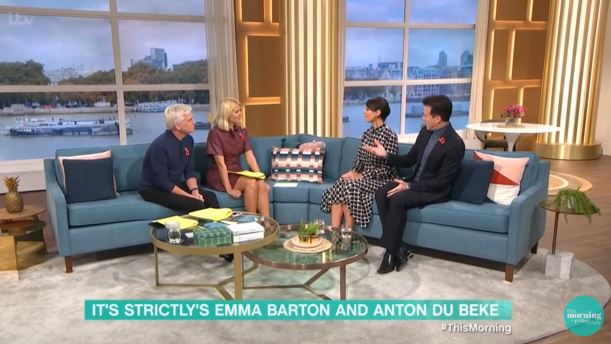 Emma and Anton were interviewed on Thursday's This Morning (Credit: ITV)

She told co-hosts Holly Willoughby and Phillip Schofield: "]Miche] calls me 'Sacka'. It's the way she goes 'Sacka!'

"I think it was after the Paso Doble and Craig said, 'Darling, you look like a sack of potatoes'. Which we all did laugh about, sort of."

"And then Miche came up with 'Sacka' and that's my nickname. And you know what, that's lovely."

It's the way she goes 'Sacka!'

Speaking further, Emma said it's important to "laugh at life" and not "take it all too seriously".

Elsewhere on This Morning, Anton's awkward clash with Shirley Ballas over the weekend inevitably came up and Emma admitted she was "disappointed" with the head judges' comments.

After the pair performed the Rumba, they received a score of just 22 and Shirley came across as particularly critical. 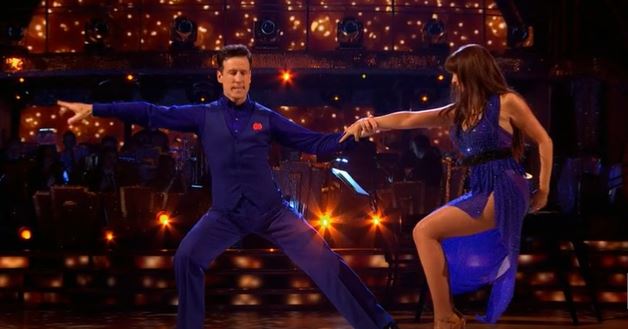 Trying to soften the blow, the judge said: "First of all, I want to say that you're tall and elegant and you have everything it takes to do a Rumba before I say what I'm about to say."

At that, Anton quickly interjected: "There's no need to say anymore."

But Shirley pressed on and slated their performance, telling them: "The only timing that I could read was the basic alemana and the sliding doors. The rest of it I have absolutely no idea on what count you were dancing for this dance." 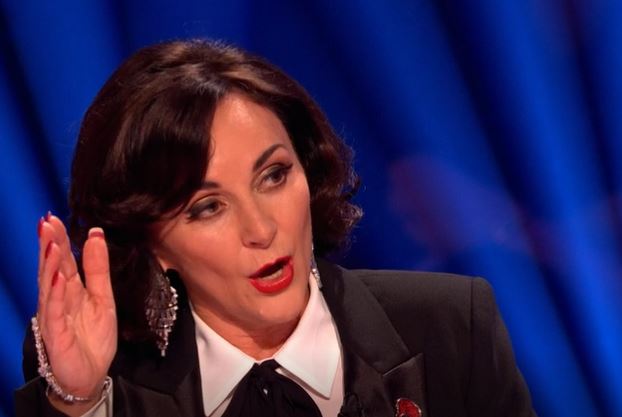 She added, through boos from the audience: "There are four beats and three steps, you have to understand that."

On This Morning, Emma said: "I was disappointed, definitely. I know it wasn't our best dance, but it wasn't the worst. I was really proud of myself... I was so petrified."

But there didn't appear to be any hard feelings, as longtime Strictly pro Anton described Shirley as "an absolutely incredible dancer".

Coronation Street's Jade to blackmail Fiz to get access to Hope