The 51-year-old Drag Race star was shocked to see close pals Catherine and dance pro Johannes Radebe leave the series at the Halloween special stage - and has called on viewers to vote for their faves to avoid further surprises.

She said: "My jaw was on the ground... it just shows you, you have to vote for your favourite people. We rely on that.

"Cath and Johannes are two of my closest friends in this competition. So it's sad to see them go, and I love them so much. Cath is a sweetheart and she is just on top of the world that she made it to Halloween week." 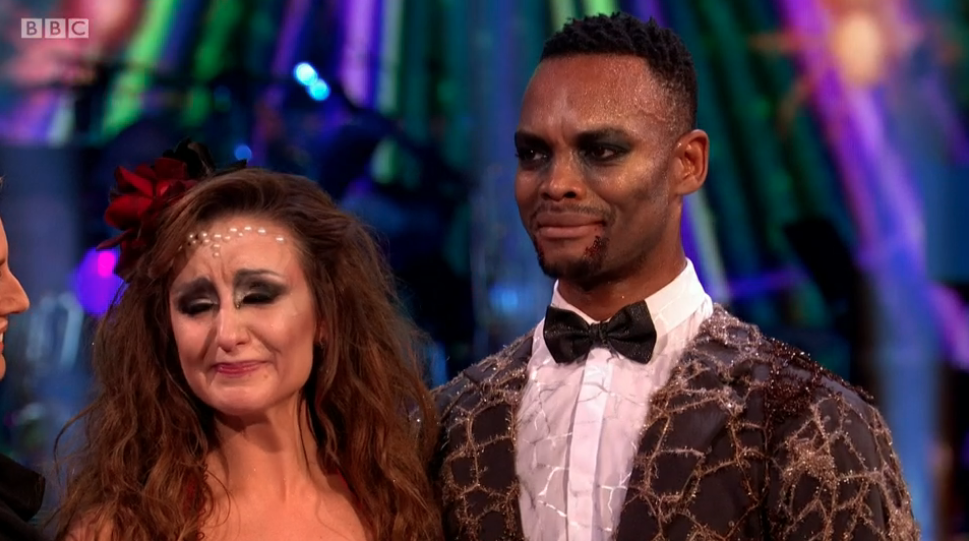 What a shocker! (Credit: BBC iPlayer)

Former Corrie star Catherine and Johannes failed to win over the voting public and faced sports presenter Mike Bushell and his partner Katya Jones in the dreaded dance off - leading to an emotional farewell.

The fallout from the controversial booting off saw some viewers speculate judge Motsi Mabuse was unimpressed with the manner of the departure.

My jaw was on the ground

And bother Mike, 53, and his wife have been forced to hit back at trolls who have aimed slights at him on social media, include telling him 'to retire'.

But the weekend also saw Michelle receive her first 10 out of 10 of the series alongside Giovanni Pernice - and she feels it was an "amazing high".

Speaking on Lorraine, she said: "It was a foxtrot … he [Giovanni] is basically driving me like a car, because you see how far back my posture is and my neck … you can’t see where you are going. So much trust is involved.

"The highest score of the series… but you can’t relish it for too long as you are then on to a new dance."

My husband @tompitfield7 took this picture when we had a good cry afterwards. Tears of joy and appreciation for each other. I love this man so much. WHAT a journey!! Thankyou all for your messages, your love and support. Thankyou Bbc for this opportunity. When I started my #Strictly journey my confidence was low. My belief in what I could achieve on the show was extremely low. The expectations on my humble body - beyond low. What @johannesradebe gave me was priceless Confidence ,Belief, Love- and Laughter beyond words! This man is a gift to the world. If there were more people like him the world would be spectacular (with shed loads of #Sas!) He taught me how to walk in high heels, he taught me how to ‘own it’... he taught me to love and appreciate what my body could achieve. I’m often low on body confidence- but I’m so proud of the limits that I’ve thoroughly pushed on this wonderful journey. I did it for me. I also did it for the hundreds of mums out there who felt they’d lost a little bit of themselves, the women out there who’d become negative about their body. The women who found it hard to look in the mirror and love what they saw. I’m proud of my body and my mind for getting me through this wonderful but incredibly tough experience. Push your limits ladies and be grateful for everything you’re wonderful body can achieve. ‘Dance like NOBODY is watching’