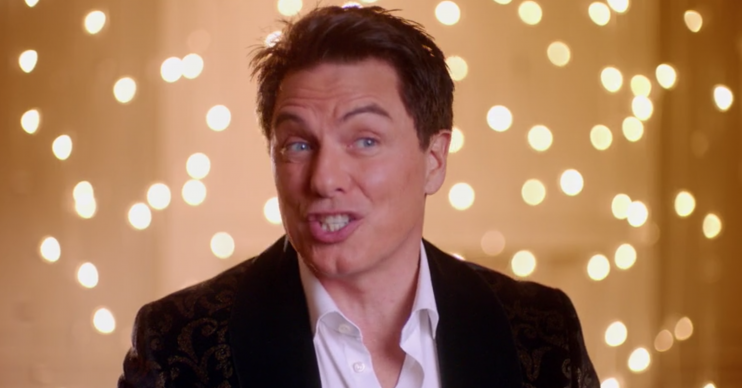 Dancing On Ice fans split over John Barrowman, with some worrying he will ‘take over the show’

ITV skating show Dancing On Ice has added a little more sparkle to its judging line up with the appointment of John Barrowman to the panel.

But while thousands of DOI fans were delighted to see the former contestant and I’m A Celebrity star take a role on the show – and banter with hosts Phillip Schofield and Holly Willoughby about him being the new silver fox in town – not everyone was as glad to see him.

At one point during last night’s festive special, John’s name was among the top trends on Twitter. Unfortunately, however, that was driven by a lot of homophobic abuse from viewers airing their prejudices on social media.

Others made it clear they felt the 52-year-old musical acting star – who performed a rendition of Have Yourself a Merry Little Christmas last night – could dominate TV screens when the new series begins next month.

Nonetheless, while John’s “fabulous” catchphrase also irked some, many more predicted he will be a hit on DOI.

“It hasn’t even started yet, but as ever John Barrowman is a hoot! Best decision ever to have him on the judging panel. #DancingOnIce,” was one viewer’s verdict.

John Barrowman is a hoot!

Another gushed: “John Barrowman is so amazing! He touches my heart every time I hear him or see him! Such all round talent and personality is incredible!”

“How can anyone whine about John Barrowman?” wondered a third Twitter user.

Someone else echoed that though, responding to negative remarks on social media: “Imagine not loving John Barrowman.”

And another reacted to the online moaning: “God people are never happy are they?

“I for one am loving John Barrowman he is a great fit to the show, as his Joe Swash. If you don’t like the people on there just don’t watch anymore. #DancingOnIce.”

However, one turned-off viewer wrote: “Used to love this programme but can’t stand Philip Schofield and Holly Willoughby and to make things worse John Barrowman thrown into the mix (tskkk), it is like watching the Muppets years ago.”

“John Barrowman is absolutely unbearable and don’t start me on Gemma Collins,” stated another, simply.

Another objected: “Sorry John Barrowman might get annoying with saying fabulousss every 2 minutes.”

Someone else reckoned about John this morning: “He craves to be the centre of attention he will in my opinion dominate the show. 2 hours of him yesterday was enough for me.”

And another predicted: “Think it’s going to turn into the John Barrowman show! Well it was tonight. Find him irritating.”

Also coming in for mixed reviews was John’s greying hair, which host Phil took a cheeky dig at as making John appear more like a badger than a silver fox.

“Can’t get my head around John Barrowman with white hair #DancingOnIce,” struggled one person.

But another person swooned: “Watching #DancingOnIce . John Barrowman so handsome with his grey hair. I really like him too.”

And another tweeted: “Genuinely thought John Barrowman was Paul Hollywood when he came out on #DancingOnIce.”