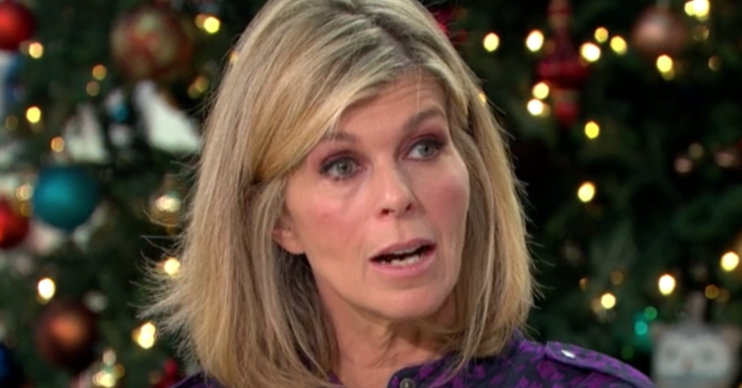 TV presenter Kate Garraway had some viewers reaching for the remote earlier today after ‘oversharing’ about taking part in ‘Januhairy’ on Good Morning Britain.

The daytime telly host, 52, revealed she will not be shaving anywhere on her body for the whole of the month as she mucked around with a fake moustache and beard – and joked she had no idea what he real hair colour is after being a fan of dying it.

She explained to guest Myles Stephenson and fellow presenters Ben Shephard and Charlotte Hawkins that her plans for January include: “Don’t shave anything, don’t cut anything, don’t trim anything. Just let it all go au naturel.”

The presenters then moved on to talk about some meat-free pasties.

Kate offered Ben a bite of her pasty, and he joked: “If we’re going to have to share your pubic hair I might as well share your steak bake.”

Stop it! You just went that little bit too far.

Kate exclaimed: “Stop it! You just went that little bit too far.”

However, while some of those watching at home were amused by I’m A Celebrity star Kate’s horsing about, many others made it clear they thought the skit was “unwatchable”.

One viewer cringed: “Dear Lord, when are Piers Morgan and Susanna Reid back as Garraway is so far beyond bad it’s unwatchable.”

And a third complained: “What a load of [bleep]. Switch off.”

Others couldn’t understand the reasoning behind ‘Januhairy’, with one Twitter user dismissing it: “What is the absolute point? Growing your body hair, to shave it all off in February? I’ve got something, it’s called a life! Sake.”

That thought was echoed by other sceptics who wondered whether the tone of the segment was out of step with more important news items.

“Bigger issues in the world surely?” suggested one person who wasn’t feeling it.

“The planet is burning. WWIII about to start and you’re feeding us this [bleep]?” fumed another, listing off a range of international political issues.

But someone else reflected they could never get away with it letting it all grow out, posting: “I couldn’t my partner already stares at the strays I get, he’d have the tweezers out in no time!”

And another person reflected that a selection of social media reactions were far too over the top.

They said: “Some rude comments on here. Some funny light relief needed. Thank you.”

There is no bearded lady emoji to depict @kategarraway incredible #Januhairy efforts this morning. 😅

Who else is refusing to shave this month? 🙋‍♀️ pic.twitter.com/FoSFTJZ5wT