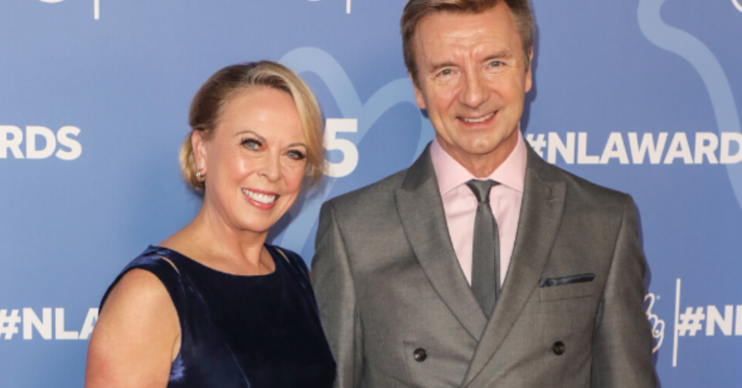 Jayne Torvill and Christopher Dean have compared Dancing On Ice to a dating show.

The ITV series has seen a number of contestants find love with their skating partners – and the Olympic legends reportedly don’t think that is necessarily a bad thing.

Christopher, 61, is said to have rubbished the idea of a ‘curse’ on the show, exactly because it has brought so many people together in long-term relationships.

He is reported to have told The Sun: “Romance on ice happens because you get into this bubble and it’s very close, tactile and, more than anything, there is trust that has to go into the celebrity pro partnerships.

“On Dancing On Ice we’ve had a lot of partnerships that have come together and people that have stayed together – and a lot of babies – on both the production and cast side.”

Newly-engaged Kevin Kilbane and Brianne Delcourt met on the programme this year, while Brianne also met her ex-boyfriend Danny Young on the show.

DOI also brought David Seaman and Frankie Poultney together, with the pair getting wed in 2015.

Additionally, Sylvain Longchambon started dating Jennifer Metcalfe during the 2012 series before they split and he fell for his 2013 partner Samia Ghadie.

They married in August 2o16 and are parents to young son Yves Joseph.

Joe Swash, 38, Paralympic sprinter Libby Clegg, 29, and Diversity star Perry Kiely, will compete against each other to claim the DOI trophy in Sunday evening’s finale of the series.

Earlier this week Libby spoke out about how rumours the show is fixed in her favour are ‘upsetting and hard’ for her and her family, who want to defend her.

Abusive trolls have claimed that the Paralympian – who is registered blind – was only saved in last Sunday’s skate-off because show bosses want her in the final.

She explained in an interview with The Sun: “It’s been hard for my family. It’s been really upsetting. I don’t look at the hate online because everyone is going to have an opinion and I am really happy within myself.

“But my family have seen how hard I’ve worked over the years and how much of a struggle things have been. So when people say horrible stuff about me online it really upsets them.

“They know it’s not true so they want to defend me, but don’t want to get involved in the social media battle.”