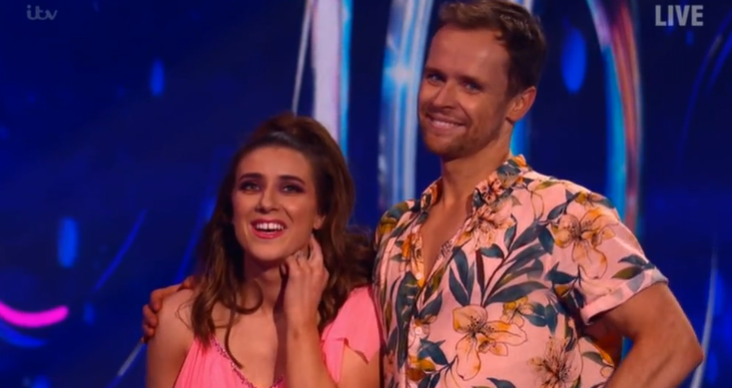 Libby Clegg says rumours Dancing On Ice is fixed in her favour are ‘upsetting and hard’ for her and her family, who want to defend her.

Trolls have claimed that the Paralympian – who is registered blind – was only saved in Sunday’s skate-off because show bosses want her in the final.

Champion sprinter Libby, 29, said in an interview with The Sun: “It’s been hard for my family. It’s been really upsetting. I don’t look at the hate online because everyone is going to have an opinion and I am really happy within myself.

It’s been hard for my family. It’s been really upsetting.

“But my family have seen how hard I’ve worked over the years and how much of a struggle things have been. So when people say horrible stuff about me online it really upsets them.

“They know it’s not true so they want to defend me, but don’t want to get involved in the social media battle.”

Her professional skating partner Mark Hanretty has said he’s so impressed with Libby’s abilities that he often forgets she has a disability.

Libby suffers from Stargardt’s Macular Dystrophy – a disease which gives her only slight peripheral vision in her left eye – and is registered blind.

Libby had her son Edward in April 2019 and says competing on Dancing On Ice has helped her shed the last of her baby weight.

“I’m literally in the best shape I’ve ever been in,” she told The Sun recently.

“And I’ve toned up more because after having a baby your body feels horrendous. My joints weren’t attached to my body any more – it was hideous!

“When I go back to athletics training I’ll be in a really good position.”