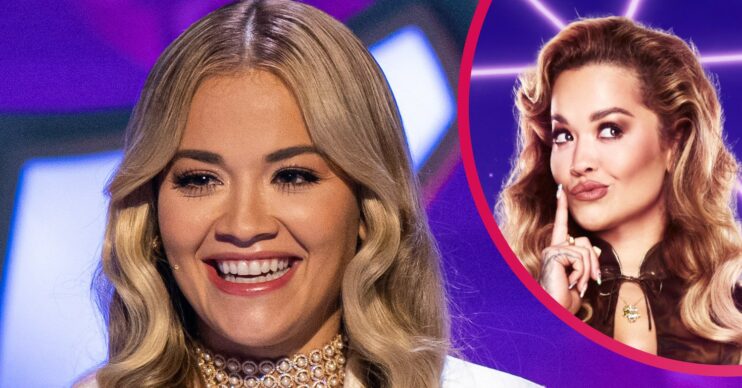 The judge didn't get favourable reviews

The Masked Singer returned to screens last night and judge Rita Ora took up her place on the panel again.

She was alongside Davina McCall, Jonathan Ross and Mo Gilligun.

But for some, Rita’s return has angered them after she was caught flouting COVID lockdown rules in November 2020.

What did Rita Ora do?

Rita ignored the rules of lockdown and threw herself a 30th birthday party at a restaurant.

She apologised at the time writing on Instagram: “I am deeply sorry for breaking the rules…

“This was a serious and inexcusable error of judgement. Given the restrictions, I realise how irresponsible these actions were and I take full responsibility.”

She was later forced to issue another apology when it emerged she had travelled to Egypt for work and hadn’t isolated on her return, despite being required to under government policy.

Rita Ora back on The Masked Singer

Despite breaking the rules, The Masked Singer let Rita return to the panel for its third series.

She is famous for her rather out-there guesses and didn’t disappoint. Her suggestions included people such as Ellen DeGeneres, Elon Musk and Sia.

But those watching at home didn’t find it particularly endearing and generally weren’t happy about her being on.

Writing on social media, fans were quick to comment on her comeback, with some even saying they wouldn’t watch any more.

“Why the [bleep] have ITV let Rita Ora back on The Masked Singer?” queried one. Others agreed.

Rita Ora IS getting on my last nerve…🙄 #MaskedSinger

Who invited Rita Ora back? Copying others opinions.
Definitely an old voice on just now #maskedsinger

Rita Ora – didn’t she pay a ton of money for an illegal party that flouted the Covid regulations last year? Why is she back? #MaskedSinger

#MaskedSinger oh Rita Ora still on it, think I will switch off, bloody Covid breakers

Why is Rita Ora still on this panel? 🙄 #maskedsinger

#MaskedSinger
Can’t believe Rita Ora is still allowed to do this show.
That’s me turning over.

However, some fans were pleased to see Rita back.

One wrote: “Rita is hilarious!”

Another agreed: “Rita Ora brings such comedy value to the panel.”

Who was unmasked last night?

And viewers were shocked to find out it was M People’s Heather Small.

The singer has such a distinctive voice, which she had tried to disguise and it resulted in her losing out.

Heather revealed she had taken part in the show because she saw Gabrielle and Joss Stone doing it and say it was “so much fun”, so she thought she would “give it a go” too.

She also joked her mother would hunt the judges down for sending her home first!

The Masked Singer continues tonight on ITV at 7pm.

Who do you think is behind the mask? Leave us a comment on our Facebook page @EntertainmentDailyFix and let us know what you think of this story.